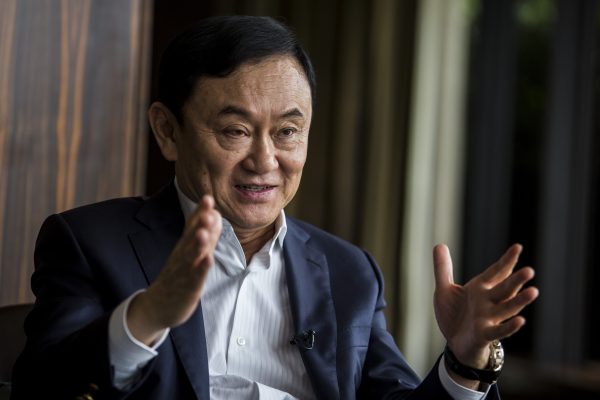 Former prime minister Thaksin Shinawatra has vehemently denied financially supporting anti-monarchy movements in Thailand, describing media reports to that effect as fake news and stressing he is loyal to the monarchy.

“Now someone is spreading rumours that the Pheu Thai and Move Forward parties will likely be dissolved and that I’ve been supporting anti-monarchy movements,” Thaksin wrote in a Facebook post on Friday.

“Rumour has it also that money is flowing into Thailand from overseas to support these movements, with an accusing finger pointing at me,” he said.

“That’s totally untrue. I haven’t transferred money to fund anyone from such movements. Why would I have to do that? Making a living while living [in exile] abroad is hard enough for me.”

The former premier insisted that aside from his absolute loyalty to the royal institution, he is grateful to the nation because he graduated from the Armed Forces Academies Preparatory School and Royal Police Cadet Academy and received scholarships from the Office of the Civil Service Commission to fund his graduate studies in the United States.

Mr Ruangkrai urged the Election Commission (EC) to gather evidence for submission along with a petition to the Constitutional Court to consider dissolving any political parties found to have supported three anti-government protest leaders that the charter court ruled were attempting to overthrow the constitutional monarchy.

Citing the charter court ruling No. 19/2564, Mr Ruangkrai said certain political parties were helping the three protesters in what the court found to be a violation of Section 49 of the constitution, which covers misconduct in relation to attempts to overthrow the constitutional monarchy.

The ruling, handed down on Nov 10, was published on Monday on the website of the Royal Gazette.

Mr Ruangkrai gave some examples of potentially incriminating evidence against the parties, notably that their MPs had guaranteed to provide bail money for the protest leaders when they were detained for allegedly breaking the law at several rallies.

Move Forward earlier shrugged off the possibility of EC action, with a spokesman saying party MPs who bailed out those who were arrested had performed their duties as MPs and acted within the scope of the constitution.

According to the charter court ruling, Panupong Jadnok, Panusaya Sithijirawattanakul and Parit Chiwarak had on at least six occasions from Aug 3 to Aug 30 last year violated Section 49 of the charter as accused.

They were among eight people accused of offending the monarchy in their rally speeches, which led to them being found guilty. 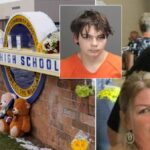 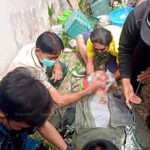