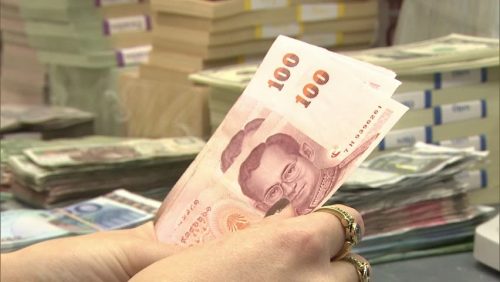 Two decades ago, Thailand became ground zero of the Asia financial crisis, when its government scrapped a dollar peg with the baht, a devaluation that unleashed a wave of speculative attacks on other regional currencies and shook the global economy. Now, the baht is again posing challenges for Thailand–but this time because it may be too strong.

Near-record foreign exchange reserves and a current-account surplus have burnished the baht’s appeal as a regional haven and attracted foreign capital to Thai bonds. The currency is the strongest performer in Southeast Asia in the past year. The super baht, however, is a complication for policy makers trying to nurture a recovery in an economy where exports account for about 70% of gross domestic product.

The jitters caused by the baht reflect Thailand’s wider post-crisis task: how to shift from a low-cost manufacturer of hard disks and car parts to more advanced industries that can boost incomes further. The military government, under junta leader and Prime Minister Prayuth Chan-Ocha, is promoting Thailand 4.0 to bolster biotechnology, robotics, electric vehicles and other sectors by wooing investment and trying to improve workforce skills.

“The longer term challenge today is the competitiveness of industry,” Bank of Thailand Assistant Governor Chantavarn Sucharitakul said in an interview. “Particularly small and medium-sized companies that benefited from the large depreciation of the currency in 1997, which today may have to find new business models to move to a higher value-added, more competitive space.”

On the upside, Thailand’s sound fiscal, monetary and prudential oversight is trusted by investors and its debt ratios are in check after a “painful” process of reform over the past two decades across banks, companies, households and the government, Chantavarn said.

Thailand scrapped a dollar peg on July 2, 1997 as foreign reserves dwindled after attacks by speculators. The currency crashed, borrowers defaulted on dollar debt, financial institutions fell and a deep recession ensued. The nation drew $14.1 billion of international assistance to help with recovery.

After long-term financial-sector repair and reform, foreign reserves today of $184.5 billion are second only to Singapore in Southeast Asia and exceed short-term external debt more than three times, according to the Bank of Thailand. The current-account surplus was 10 percent of gross domestic product in the first quarter.

The International Monetary Fund, which provided aid to Thailand in 1997, now says the external position is too strong. Central bank Governor Veerathai Santiprabhob has rejected other claims that Thailand is limiting the currency’s climb for an unfair trade advantage, saying it steps in only when inflows surge.

The high reserves could be partly why the monetary authority has gradually liberalised outbound foreign investment rules, according to Rahul Bajoria, a senior economist at Barclays Plc in Singapore.

“If investment projects pick up steam, we would expect demand for capital imports to rise, which may help create more even conditions for foreign exchange,” said Bajoria.

Yet private-sector investment has been subdued since the generals seized power in a coup in 2014, while a run-up in household debt is weighing on consumers. Economic growth is accelerating on a nascent export recovery, tourism income and government outlays. But it remains the weakest in emerging Southeast Asia at just over 3 percent.

The current stretch of military rule is the longest since the early 1970s, in a country that has endured about a dozen coups since putting an end to absolute monarchy in 1932. A new constitution promulgated in April set the stage for a possible return to some form of democracy next year.

The government is trying to turn the focus back on domestic opportunities. The administration has unveiled 56 major infrastructure projects worth about 2.3 trillion baht ($68 billion), Bank of Ayudhya Pcl research shows.

Thailand 4.0 is partly focused on a proposed 1.5 trillion baht investment over five years to add railways, new cities and modern industry on the eastern seaboard, a plan the government says can link with China’s Belt and Road Initiative. Most of the money is expected to come from the private sector.

“You really need to see more stability from a top-down perspective,” he said. “Thailand is no longer the only country available for FDI. There are more choices now and the attention has probably been diluted by new frontier markets.”

Such competition also underscores the need for better skills. Thailand needs improved workforce education, especially with the population aging and the proportion of working age shrinking, said Ulrich Zachau, the Southeast Asia country director for the World Bank in Bangkok. “That’s a big structural issue for Thailand,” he said.

The lender describes Thailand’s social and economic development over the past four decades as a remarkable escape from poverty.

But while financial-sector reforms, substantial foreign reserves and Bank of Thailand banking oversight may provide a backstop against a repeat of the 1997 implosion, the question is whether the next four decades will see similar progress.

Thailand recognizes the need for, and is working toward better labor force skills, technology upgrades and more research and development to escape the middle-income trap, Chantavarn from the Bank of Thailand said. “The challenge is in the execution,” she said. 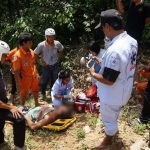 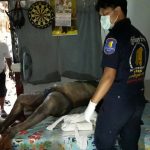