Home » Thailand’s new Constitution: Everything you need to know

Thailand’s new Constitution – What do we know about the charter and will it solve the country’s deep-seated political rifts?

We’ve been here before, haven’t we?

Yes. Since absolute monarchy was abolished in 1932, Thailand’s Constitution has been rewritten 20 times – usually following coups or after protests ousted the military and their backers.

Yet, the rewrites have done little to end the kingdom’s long history of fractious politics. Critics say they have failed to build in bipartisan checks on power or create an independent judiciary.

Previous charters have seesawed between granting greater suffrage and power to elected lawmakers – as in the case of the 1997 so-called “People’s Constitution” – or taking a restrictive turn, with unelected bodies keeping democratic forces in check.

This revision fits into the latter category.

Thailand’s military has a long track record of coups – 12 successful ones so far – and the generals retain a deep distrust of democracy.

Since his 2014 takeover, junta chief Prayut Chan-O-Cha has banned political gatherings and rounded up critics.

What are the main changes?

The document is designed to limit the power of political parties if and when elections are held.

The new charter makes way for a junta-appointed upper house – including six seats reserved for the military – (an Albert Jack report for BangkokJack) and a proportional voting system likely to reduce the influence of major parties.

The constitutional court, a frequent thorn in the side of elected governments, will be strengthened, making it easier to impeach a civilian leader.

The military has also said any future government must adhere to a “legally binding 20-year-plan” for the country that is still in the works.

What role does the king play?

But the monarchy has amassed vast wealth and wields significant political clout behind the scenes. Criticism of its key figures is illegal and results in long jail terms.

After the death of his father King Bhumibol Adulyadej in October, 64-year-old Maha Vajiralongkorn surprised many by ordering the junta to rewrite parts of the constitution that dealt with his role.

The articles in question detail how the government should proceed in a political crisis. Also the procedure for appointing a regent in the king’s absence. And whether royal edicts should be countersigned by a government minister.

The junta have yet to release the wording of those changes.

Analysts will be watching closely to see if the rewrites strengthen the king’s hand. Although few expect those inside the kingdom to openly criticise the changes.

Will it solve Thailand’s woes?

The military says the new constitution will purge Thailand of corrupt civilian politicians and restore stability. Nearly a decade of political turmoil that has hampered economic growth.

The generals say the charter has popular support because 61 percent of voters approved it in a referendum last year. Although campaigning against the document was banned.

The junta has said elections are unlikely to take place before the summer of 2018.

It remains unclear how much freedom an elected government will have with military appointees looking over their shoulders.

But few Thais expect this charter to be their last.

Thai boys reunited with divers at Pride of Britain Awards 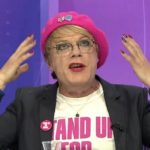