The Center for Covid-19 Situation Administration on Friday will consider a proposal to keep Thailand’s bars, nightclubs and other entertainment venues closed through the new year, with Prime Minister Prayut Chan-o-cha admonishing operators not to be “selfish.”

Thai media reported today that at the weekly Cabinet meeting, ministers discussed the idea of keeping entertainment businesses, including karaoke clubs and soapy massage parlors, shuttered until 2022 to prevent another major coronavirus outbreak over the holidays.

Previously, Prayut had told the nation that the resumption of alcohol sales in restaurants and the reopening of bars would be considered in December.

The alcohol ban was lifted in parts or all of Bangkok, Phuket, Krabi and Phangnga provinces when they were designated “blue” tourism zones this month and 17 more blue zones likely will be announced for December.

Bars, clubs and parlors appear to be another matter, however. Those who don’t have nefarious connections – such as the many straight-up watering holes on lower Sukhumvit Road and Khao San Road – remain closed.

The same is true for nightclubs. Big nightspots in the RCA area or on Soi 11 continue to be shut down while Thai clubs with the aforementioned nefarious connections are back to normal, such as Top One in the Rachada area, which has bottle service, live bands and discos lights going nightly.

While nearly every other business owner is again earning coin, law-abiding bar owners are now being chastised by the former general in charge for being “selfish” for wanting to reopen legally.

Prayut is reported as saying during the Cabinet meeting that the entertainment sector must be “selfless” and that only by not generating income “carelessly” can the country defeat Covid-19.

He said the government does not want to impose another lockdown, so restrictions cannot become lax. Thailand, Prayut said, must be “careful with Covid”. 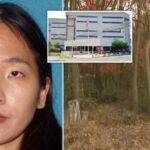 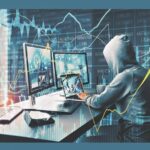