Police on Sunday cautioned that Squid Game, a popular South Korean survival drama on Netflix, contains violent scenes that could leave a negative impression on viewers.

Characters on the show exhibit violent behaviour, he said, noting the drama was given an 18+ rating.

Viewers, including youngsters, are glued to the series as they spend a great deal of time indoors during the lockdown, Pol Col Kissana said.

He said the show depicts scenes of violence, including murder and mutilation, and could lead viewers to engage in crimes in real life. He said the show is about people’s raw instincts to survive at all costs.

Pol Col Kissana also advised parents to keep an eye on their children’s online activities, adding impressionable youngsters should not watch movies on the internet alone as they are prone to copying the behaviour of the characters.

He said national police chief Pol Gen Suwat Jangyodsuk has instructed all police units to warn the public about the dangers of viewing unfiltered online content.

Squid Game, written and directed by Hwang Dong-hyuk, was released worldwide on Sept 17 on the streaming platform.

It features the story of people who fail at life receiving a mysterious invitation to play a survival game for a US$38 million (1.2 billion baht) prize.

On the show, characters play a set of children’s games with deadly penalties for those who do not win. The story is based on a South Korean children’s game popular in the 1980s. 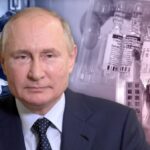 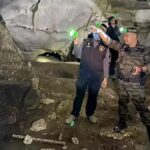