Some people in Thailand are horrified by the alleged actions of a western monk who is accused of having sexual relationships with at least two women.

This is despite the endless revelations that Thai monks are often unmasked as drug addicts, dealers, child abusers and criminals.

But this one is a foreigner and so it is DISGUSTING.

The man who was outed by a social activist and net idol called “Dr Somchai”.

The monk is based in Mae Hong Sorn in Thailand’s far north.

He is said to have had a relationship with a western woman at a resort in Chantaburi in the south east.

A resort owner confirmed he was there dressed in white ‘robes’.

There are also reports that the “Phra Farang” (caucasian monk) allegedly had a relationship with Thai women before dumping them and returning to the temple, reported Daily News.

Sources in Mae Hong Sorn have confirmed to the Thai media that the monk is still there.

The Buddhist Ecclesiastical Council are investigating the allegations 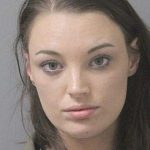 Woman Claims Meth Hidden Inside Her Vagina Is Not Hers

Mark KellyJune 5, 2020
Despite global reopening push, some jobs are gone for good Factories and stores are reopening,...
END_OF_DOCUMENT_TOKEN_TO_BE_REPLACED