Thailand’s army is fighting a “hybrid war” waged by enemies who are using “fake news” to turn young Thais against the military and the monarchy, the army chief said in a rare interview on Friday.

General Apirat Kongsompong spoke to Reuters a week after a half-dozen small bombs hit Bangkok during a high profile meeting of world powers, attacks he said were aimed at undermining a new civilian government led by the former junta leader.

Apirat said the army was now fighting a struggle he compared to that against communist insurgents in the 1970s and ’80s, with the challenge now being propaganda on the internet.

“The threat now is fake news,” he told Reuters in his first sit-down interview since the new government took office in July.

“It’s like cyber warfare. And when it combines with the (bombing) incident that happened last week … it’s like hybrid warfare.

“Now it is not just an open enemy like the old time… So we have to reorganize and improve our knowledge, and reorganize our units and many things to maintain the peace and national security,” he said.

Apirat declined to name those he suspected of being behind either the propaganda or the bomb attacks, but referred to unidentified parties.

“Some political parties, just born a couple of years ago… had the platform of their propaganda directed to (people) when they were 16 and 17,” he said. “They try to educate them with fake news.”

A surprise in the March election was the emergence of the new and stridently anti-junta Future Forward party which specifically targeted young voters and is now allied to Pheu Thai, which led the government overthrown in the 2014 coup.

No opposition party has advocated violence against the military or government, but police have said last week’s bombings were suspected to be “linked to political issues.”

The royalist, pro-military establishment has long been at odds with a populist movement founded by ousted former Prime Minister Thaksin Shinawatra and a decade of sometimes violent demonstrations roiled Thailand before the last coup.

The pro-establishment forces accuse populists of seeking to weaken the monarchy, although the opposition parties have long denied any aim of harming an institution revered in traditional culture.

With Prayuth’s new government in place, Apirat vowed that the military would stay out of politics and said there would be no coups under his watch.

“As long as I am in this position I will never let the army cross the line,’ said Apirat, whose father was also an army

chief and staged a coup in 1991. “After the election, the army has to step back.”

He said that while the military played a role in detecting propaganda against the state – and particularly against King Maha Vajiralongkorn – it is up to the government to take action against perpetrators.

“Now the army and the government, we work separately,” he said. 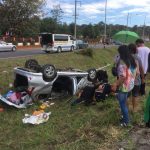