Thai woman arrested: Crime Suppression Division police have arrested a Thai woman in Nakhon Si Thammarat for opening a bank account for a Malaysian call centre gang to use.

She was arrested at a seaside restaurant in Nakhon Si Thammarat’s Khanom district.

She was later handed over to the Sattahip police and then Pak Kret police under the two warrants.

Jiranut said she was hired by a Malaysian man to open a bank account for Bt3,000 two years ago. She said the Malaysian took away the bank book and ATM card.

Jiranut said she was given 10 per cent from every amount wired by victims to her account. She said she normally received Bt7,000 for each transaction to her account a few times each month during the past two years.

Jiranut said she did not take part in the deception and she only allowed the Malaysian man to use her account but she has not received money from him for several months. 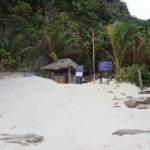