Home » Thai Tourism Minister says ‘things are NOT SO BAD’

The newly appointed minister for tourism has said that the drop in tourism in Thailand is not as bad as reports in the press suggest.

Pipat Ratchakitprakarn told reporters after a meeting in Phuket at the weekend that Phuket is not “lifeless” as some press reports have suggested.

He conceded that it may be “a bit down” but things are not as bad as all that.

To support his statements he said that Indian visitors are on the up and there are more and more charter flights landing in Phuket, reported Manager.

He said that the government had a target to raise tourism revenues to 30% of Gross Domestic Product by the time two years time are up.

To achieve this all ministries such as the ministry of interior, transport and the environment must work closely with his ministry of tourism and sports.

He said that his purpose in visiting Phuket was to hear the problems that operators and people on the ground are facing.

Is that an empty beach there minister..? – Picture: Manager Online

He claimed that Phuket does not have a low season or a high season – it is a 365 day a year tourism place.

He said he wants to make Thailand a “hub of ocean going tourism”. With this in mind he wants to attract cruise ships to Phuket that would take tourists around the Malay peninsular.

Ships docking in Phuket then cruising to Penang, Malacca, Singapore, Songkhla and Pattaya would be a boon for the country.

The minister spoke to sea and land based operators on his fact finding mission and attended lifeguard training at Patong and a football tournament.

This appeared to be what Pipat had in mind when he said that the drop in tourism was not as bad as all that. – 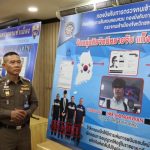 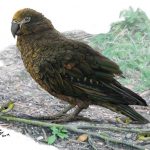 Mark KellyJanuary 24, 2020January 24, 2020
A former X Factor semi-finalist is due to be sentenced today after pleading guilty to...
END_OF_DOCUMENT_TOKEN_TO_BE_REPLACED