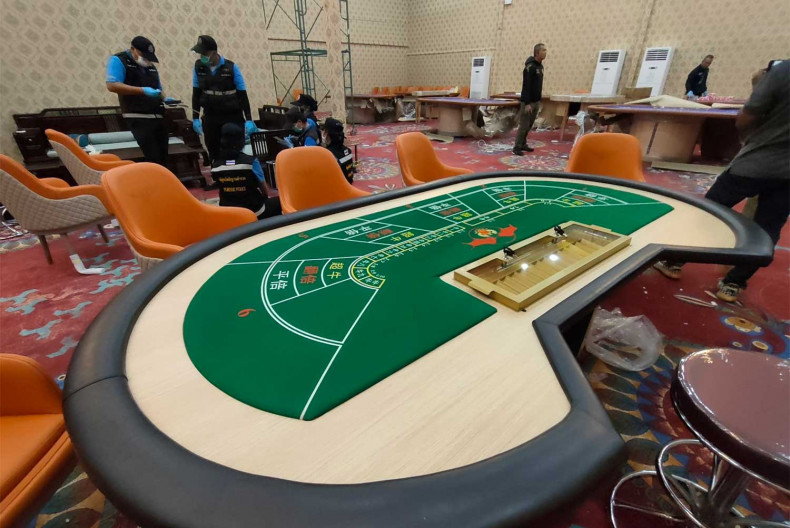 Police have raided a building in Pattaya and found it was being modified for use as a gambling den by a Chinese national.

A team of immigration officers in Trat and forensic police in Chon Buri, armed with a search warrant issued by the Pattaya Provincial Court, searched the building at Chalermkiart 6 intersection on Pattaya Sai 3 Road in tambon Nong Prue in Bang Lamung district on Wednesday.

Deputy national police chief Pol Gen Surachate Hakparn ordered the search following information that group of crooked Chinese investors planned to operate a grey business there. The building used to be a pork barbeque restaurant before it was closed down.

During the raid, the police team found a resident of Chon Buri’s Sattahip district, 17, who claimed to be a caretaker of the building.

On entering the building, officers were surprised to see it was beingn modified for use as a large gambling den. Six baccarat tables and other gambling equipment were inside the building, which had a chip exchange room and two VIP rooms.

The officers seized more than 500 dice, 400-500 newd ecks of gambling cards and other gambling accessories. The caretaker was detained for further questioning.

An initial investigation found the planned gambling den was located on a large land plot covering 16 rai. The plot, rented by a Chinese national since 2016, also housed a boxing stadium, a karaoke shop and a pork barbeque restaurant. All the businesses were shut down during the Covid-19 pandemic.

Police were looking for the operator of the planned gambling den, reportedly to be a Chinese man identified only as Ming. 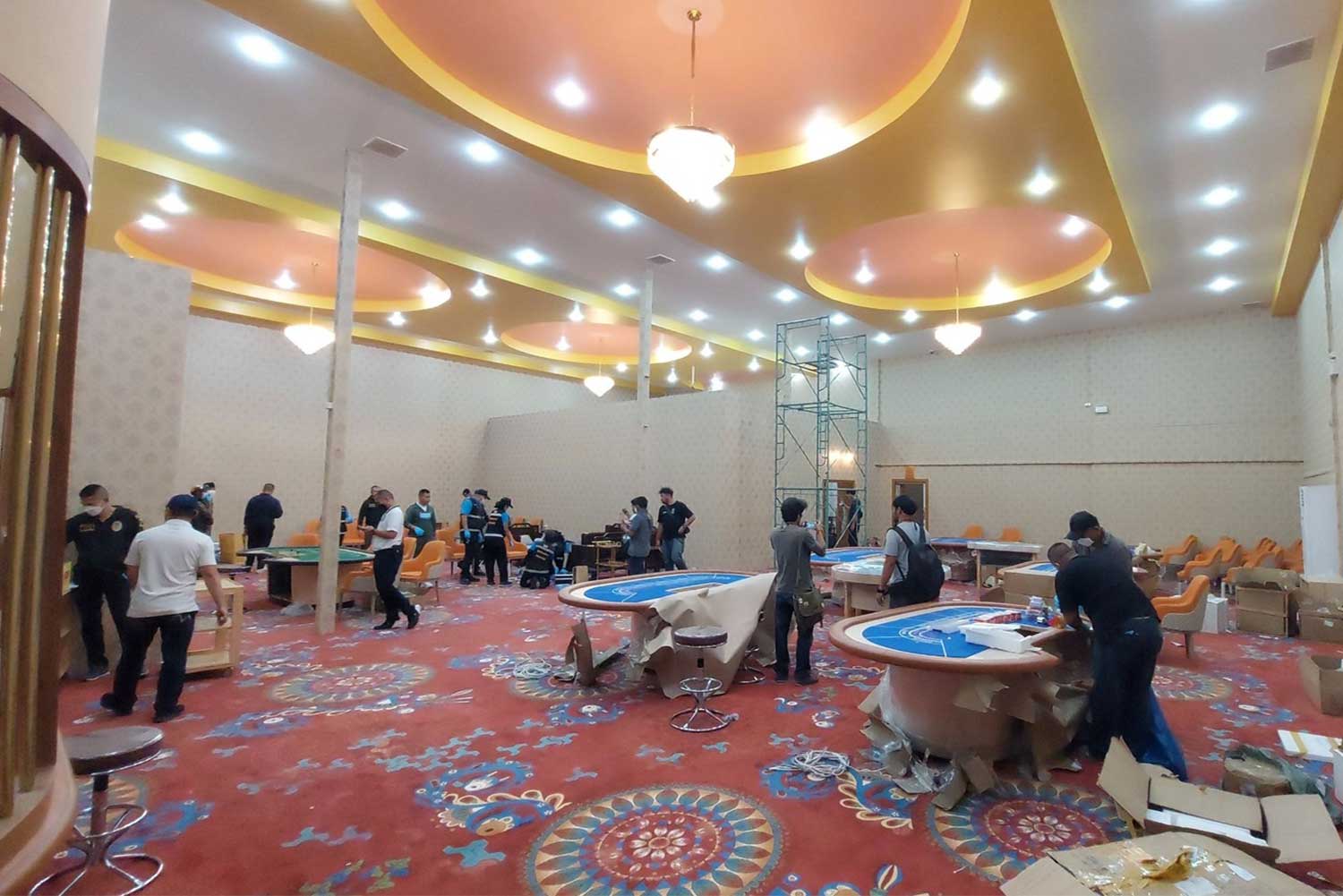 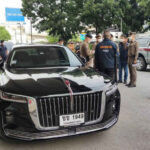