A young male student has died from suspected drugs overdose after becoming completely obsessed with making his skin white.

The death of the fourth year student was confirmed by popular Thai news channel, Thai Rath.

The body of the 23 year old male victim was found face time at the rented town house he had been living in. The TV was still on, but no one else around.

Police estimated the the victim had been dead for around 4-5 hours already, with blood stains looking like they had appeared from both the nose and mouth.

Police were quick to rule out any foul play, after no signs of a struggle were found on or around the body. The main clue, however, was a pack of prescription drugs which they found on the coffee table beside the victims body.

The initial call to police came from the victim’s mother, who had returned home to find her son dead.

She told reporters that her son was obsessed with being white and she believed he had taken too many drugs to achieve this and had had a heart attack.

The body was sent for autopsy but the relatives were happy there had been no foul play and were preparing for the funeral. 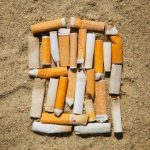