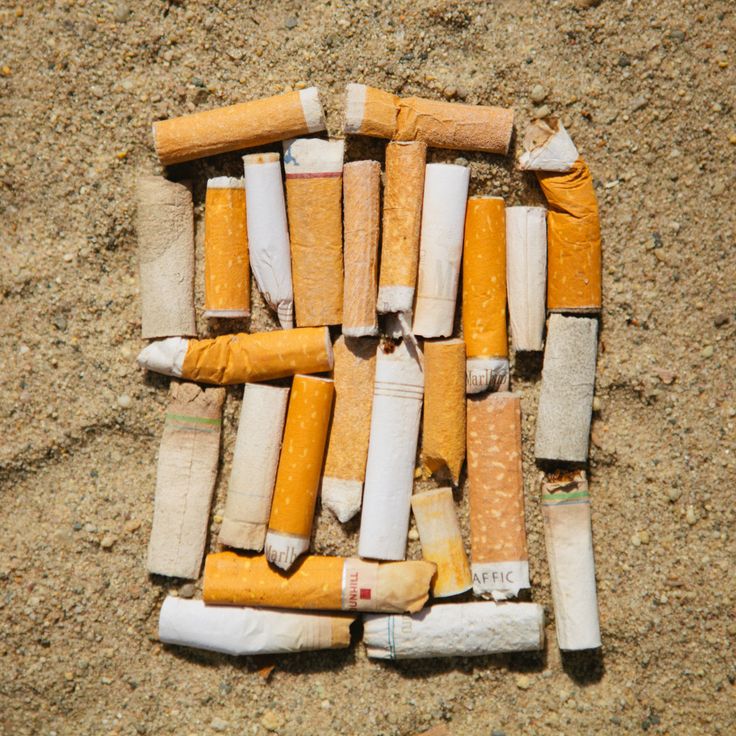 Authorities began enforcing a smoking ban on 24 beaches in 15 provinces Wednesday as an academic put the blame for mounting beach and ocean pollution on ‘all Thais’.

Garbage is overwhelming the seas, warns environment-alist and deputy dean of the Faculty of Fisheries at Kasetsart University, Thon Thamrongnawasawat. The smoking ban covers beaches in Hua Hin, Phuket and sandy stretches of two islands that are huge international tourist draw: Koh Tao and Koh Samui in the Gulf of Thailand. The ban carries a maximum punishment of one year in prison and/or a fine of up to 100,000 baht but penalties will not be meted out to violators during a 90-day grace period, the Natural Resources and Environment Ministry said. However, smoking will no longer be tolerated at the 24 beaches, which represent the start of a pilot programme expected to be rolled out nationwide later if successful.

Included so far are Chalok Ban Kao, Koh Tao’s third-longest beach, and Bor Pud beach on Koh Samui’s northeastern peninsula close to the island’s airport. Both islands belong to Surat Thani province. Koh Tao is a popular spot for divers in search of elusive whale sharks. Koh Samui’s most popular beaches among hedonistic partygoers — Chaweng and Lamai — appear to have escaped the ban for now, as has Haad Rin beach on neighboring Koh Phangan, home of Thailand’s famous full-moon parties. Patong beach in Phuket, in the Andaman Sea, also falls under the ban, as do a smattering of beaches nearby. They include those on the two satellite islands of Koh Kai Nai and Koh Kai Nok; Khao Lak on the mainland north of Phuket in Phangnga; and three beaches — Phra Ae, Klong Dao and Kor Kwang — in the resort town of Krabi, a mecca for rock climbers and backpackers due to its scenic limestone karsts.

The ministry said it expects to set up smoking areas on each of the beaches in the near future. Some, like Chalok Ban Kao and Bophut, already have these in place. Other beaches facing the ban include those in Bang Saen and Dong Tarn in Chon Buri, southeast of Bangkok; and some beaches in Hua Hin — where the Thai royal family owns summer retreats — and Khao Takieb in Prachuap Khiri Khan. The ministry, which has for months complained about litter and especially cigarette butts polluting beaches and threatening local marine life, said hotels that put up deck chairs for guests must remove ashtrays. The law also prohibits people from leaving trash or discharging untreated water on the listed beaches.

The new restrictions come after state and private agencies signed a pact this week to combat threats to the nation’s coastal resources. And those resources are under heavy pressure. More than 100 tonnes of garbage washed up along the coastline in Pran Buri, Prachuap Khiri Khan province, on Monday. Mr. Thon said all Thais were responsible for what happened as everyone shares a collective responsibility for disposing of their waste sensibly. He said some garbage was already in the Gulf of Thailand, some were in the shallow parts next to shores, and the other garbage came from freshwater resources such as rivers that flow into the Gulf. “Incidents like these portray us in a terrible light, as we are already notorious for consuming large amounts of plastic waste,” he said.

He blamed all Thais as responsible for what happened as everyone shares a collective responsibility for disposing of their waste sensibly. He said some garbage was already in the Gulf of Thailand, some were in the shallow parts next to shores, and the other garbage came from freshwater resources such as rivers that flow into the Gulf. Garbage in the sea can injure or even kill animals such as sea turtles and dolphins, he wrote on Facebook. He asked Thais to help save the environment by limiting the use of plastic bags and by throwing away garbage responsibly. The garbage washed up alone a 1.5km stretch of the Pran Buri Park’s coast, in Prachuap Khiri Khan. Changing water currents in the Gulf of Thailand brought the garbage inshore, he said.

He said the rubbish floating in the Gulf had accumulated after being swept there by the current, which was headed the Pran Buri coast’s way. Pran Buri, a tourist site for those traveling to Prachuap Khiri Kan, is 30km south of Hua Hin. Pran Buri Park chief Somsak Krithathorn said park staff is working to clean up the shore. Normally it would take about three days, but in this case was likely to take longer, since garbage was still being washed up along the coast, he added.  Source: Bangkok Post