Home » Thai roads are among world’s deadliest in the world 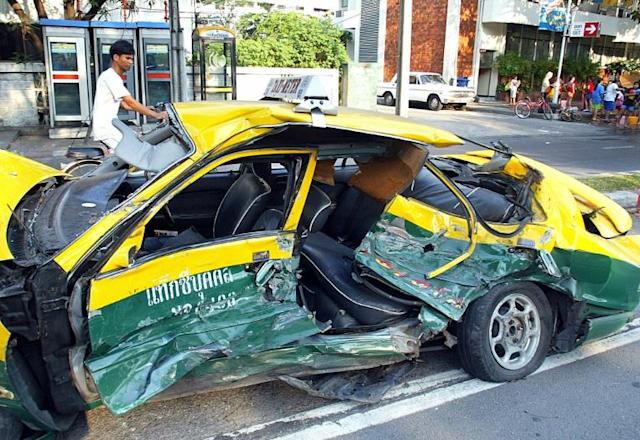 Poor social values, governmental neglect and superstition are among the reasons Thailand consistently has one of the world’s worst traffic safety records, which recently prompted a renewed campaign to improve the country’s road culture, according to an expert.

Thailand currently suffers Asia’s highest traffic-related fatalities, according to the World Health Organization, culminating in last month’s death of a doctor, whose killing at a zebra crossing by a speeding police officer caused nationwide anger.

“I think road safety is related to things such as urban planning and public transportation. When the state doesn’t see the importance of its people, something like road safety is then neglected,” Pinyapan Potjanalawan, social sciences professor at Lampang Rajabhat University, told EFE in a recent interview.

The death of Waraluck “Kratai” Supavatjariyakul, killed following a hit-and-run incident by Lance Cpl. Naravich Buadok as he was riding his Ducati motorbike is one of thousands. According to the Thai Road Accident Data Center for Road Safety Culture, Thailand recorded 13,479 deaths and 880,578 injuries from road accidents in 2021.

World Health Organization data shows it ranked as high as first in the world’s traffic fatality rates in 2011, consistently featuring among the top 10 countries this past decade.

Pinyapan, whose focus on Thai transport dynamics includes research on road accidents, said such incidents are related to society’s values, and that people in Thailand aren’t valued much.

He said the high volume of cars on the road not only increases the likelihood of accidents but turns pedestrians into a minority group, as in the case of Waraluck, who was pronounced dead in hospital.

Naravich, later arrested after fleeing the scene, was charged with multiple offenses, including reckless driving causing death, not stopping at a zebra crossing and speeding. Investigators found he was traveling at up to 128 kmph. His motorbike had no rearview mirrors or license plate.

Public outcry led police to push for law reforms, with an amendment to the Land Transport Act expected in July, whereby motorists will now be fined THB 4,000 ($ 122) instead of THB 1,000 for failing to stop at crossings, according to National Deputy Police Chief Gen. Damrongsak Kittiprapat.

“Traveling from one point to another is being pushed to be something personal instead of public. This causes people to purchase their own car,” Pinyapan said. “The more cars on the road, the more accidents happen, since we cannot expect humans to be able to control safety 100 percent.”

He said the high number of car users make Thais blame people’s discipline, such as in the case of drunk drivers, adding that inebriated people have few public transport methods available to them, so they drive. Pinyapan said Thailand’s transport system doesn’t support people to travel safely.

In his work, the professor wrote about truck drivers and motorcycle riders being portrayed as “villains,” since accidents often involve them, but said the real cause of road incidents is the lack of transportation policies.

“In a way, it’s our system of roads that is the villain,” he said, adding that superstition in Thailand also feeds the idea of ghosts causing accidents.

“When people die on the road, we throw in beliefs in the supernatural. We often hear about the ‘Haunted Curve’ or ‘100-Death Curve,’ [whose defects] could be caused by construction errors. People blame ghosts instead of engineering errors,” Pinyapan said, adding that the solution to Thailand’s high rate of traffic-related fatalities is research.

“I think it’s essential to do research on accidents, whether it’s engineering research or social studies research,” he said, adding that it should be conducted in parallel to the highway department’s work to balance their power.

Zebra crossings and overpasses should be tailor-made for each spot and the “distance from traffic lights and other factors should all be calculated. All this needs research,” he said.

Pinyapan said affordable public transport would be a long term solution, especially for those traveling outside Bangkok, and that the government had a vital role in improving Thailand’s road safety, adding that to reduce accidents, calls for discipline had to match a good transportation system. 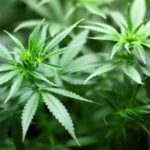 New edict tightens controls on non-medical use of cannabis 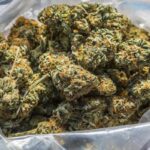 Health ministry cannabis buds will be listed as controlled