A 26-year-old salesman faces multiple charges of raping young women he approached via dating apps, videotaping the assault and using it to blackmail them into silence.

At least 10 women have filed complaints against Ratchaphol Jinda, 26, who was arrested in a car park outside a shopping mall in Ram Intra area of Khannayao district on Wednesday by Crime Suppression Division police.

They were approached via dating apps. He gained their trust and persuaded them to visit him in his room, where he allegedly forcibly raped them and made videos of it.

He allegedly used the clips to force his victims to sleep with him whenever he wanted, or to extort money from them, and threatened to post the videos online if his victims refused him,  the CSD commander said.

Pol Col Veerachan Khunchaikaew, CSD superintendent, who led the arrest, said the suspect allegedly abused at least 30 women. About 10 victims had filed formal complaints against him so far.

During questioning, Mr Ratchaphol admitted the offences, according to police.

He was held in police custody for legal action. 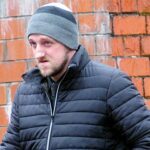 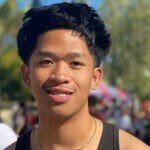