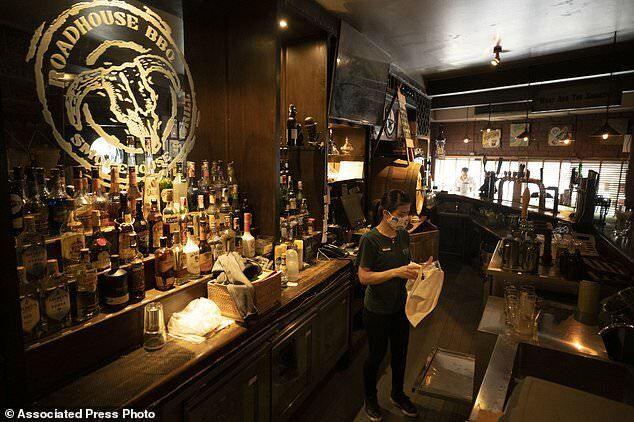 Thailand’s battered restaurant sector had two reasons to celebrate Monday as the country further eased its coronavirus restrictions. Bangkok´s many eateries, which reopened in May after being shut down for more than a month, are allowed to serve alcoholic drinks again, and there is no longer a curfew constraining late-night dining.

But while restaurant owners whose slim profit margins made operating untenable without the sale of alcohol are pleased, they remain fearful that the “new normal” may not make their businesses sustainable.

Thailand is a world-famous destination for eating, from its 29 restaurants holding stars in the latest Michelin Guide to street-side carts dishing out local specialties like pad thai fresh from a fiery wok. The number of eating places is virtually uncountable, and they are major employers.

The coronavirus crisis, however, is expected to cause a major shake-up.

The head of the Thai Restaurant Business Association believes many establishments will go under. Ladda Sampawthong said she thinks up to 15% will close, mainly large and medium restaurants and those that are recent startups.

Monday’s easing of restrictions, meanwhile, serves as a bright spot. The owner of an American-style barbecue restaurant and bar spoke for many when he welcomed the resumption of alcohol sales.

“It is a big moment because we´ve been losing money for quite a long time now, so hopefully we can get back to at least breaking even and maybe even making a little bit of money now,” said Dana Caron, owner of the Roadhouse Barbecue.

“I think the future holds good things for all of us,” said Tim Butler, the American co-owner of Eat Me, a restaurant also in Bangkok´s central business district. “It´s just a matter of can we survive to the point where the world returns to normalcy.”

Still, Butler, a 42-year-old chef from Maine, has deep concerns about making it through this year.

Eat Me has been shut for more than two months, first because of the lockdown, then because the no-alcohol rule that made reopening economically unfeasible.

Thailand’s tourist trade is nil, with international flights remaining banned at least until the end of the month, so restaurants have to rely on local customers. But even though dining out is a Thai passion, no one knows whether people will be willing to spend as much as before at restaurants after their own incomes have been battered by lockdowns and layoffs.

Reopening is like “a huge step into the darkness” similar to starting over, with all the uncertainties, said Butler.

“It´s very similar to starting from day one again, that we have to relearn our market, relearn the spending trends and the habits of our customers,” he said. “Its very akin to opening a brand new restaurant.” 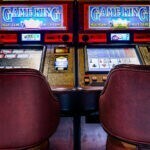 Man kills himself after dream of casino job shattered 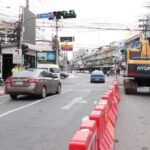