Home » Thai princess disqualified from list of candidates for PM

Thai Princess Ubolratana was on Monday formally disqualified for running for prime minister, ending her brief and ill-fated political union with a party allied to the powerful Shinawatra clan, just days after a stern royal command rebuking her candidacy was issued by her brother, the king.

Uncertainty and conjecture have coursed through Thailand since Friday when the Thai Raksa Chart party made the explosive announcement of Princess Ubolratana, HM King Maha Vajiralongkorn’s elder sister, as their candidate for premier after the March 24 election.

Her tilt appeared to some to be a masterstroke of back-room dealings by Thaksin Shinawatra, the billionaire self-exiled ex-premier, just weeks before the poll.

A royal command from the king put a pin in her unprecedented political aspirations, insisting the monarchy was above politics and describing his sister’s candidacy as “highly inappropriate”.

On Monday the Election Commission formally scratched her candidacy.

“The EC today has announced the name of candidates excluding Princess Ubolratana proposed by the Thai Raksa Chart party,” it said in a statement, explaining “all royal family members are above politics.”

Despite its brevity, the princess’s foray into politics has electrified the political landscape of the country, as speculation over who wins and loses from her tilt ricochets across the kingdom. 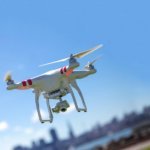