Following the fatal shooting at 1.30am, Min Buri superintendent Pol Colonel Pornthep Sutipanya led officers to inspect the scene at the entrance to Soi Rom Klao 6-8. There, they found the body of Ekkachai Boonrat with four gunshots in his torso, a holster tucked under his belt and a .38 pistol which had been fired and emptied. Six bullets were found in one of his trouser pockets. His motorcycle was lying on the road, as was another motorbike nearby.

As police investigators gathered evidence the officer accused of killing the student was surrounded by about 50 angry schoolmates of the dead man as he stood by the police truck, where they threatened to attack him. 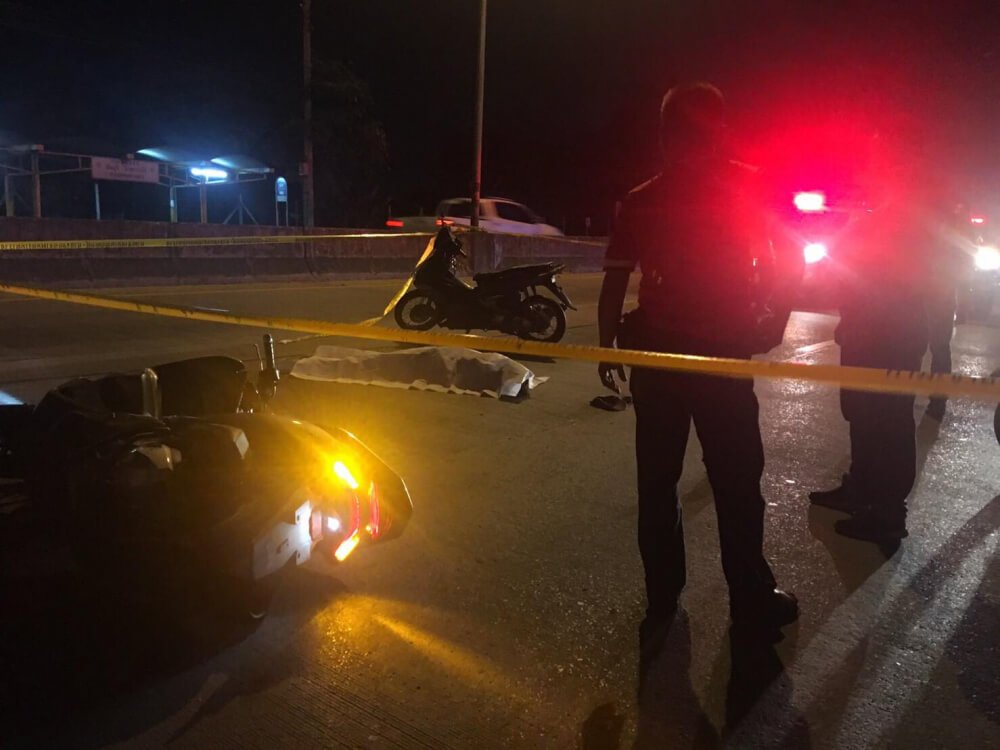 The accused officer shot twice into the sky and threatened to fire at anyone who got near him, then fired four times in the direction of the students, in full view of reporters, bystanders and motorists. Fortunately nobody was hurt in the tense stand-off and a fellow officer hurriedly escorted him to the local police station.

The dead man’s friends later gave a different account of what had happened, saying they were returning from a college event when a motorcyclist approached Ekkachai as he rode his motorcycle and argued with him.

A pickup truck then cut in front of Ekkachai’s bike causing him to crash and a person in the truck then shot Ekkachai dead, allegedly over suspicion he was involved in drugs. Chanwit said police would summon eyewitnesses and all the police officers involved in the incident to give evidence. 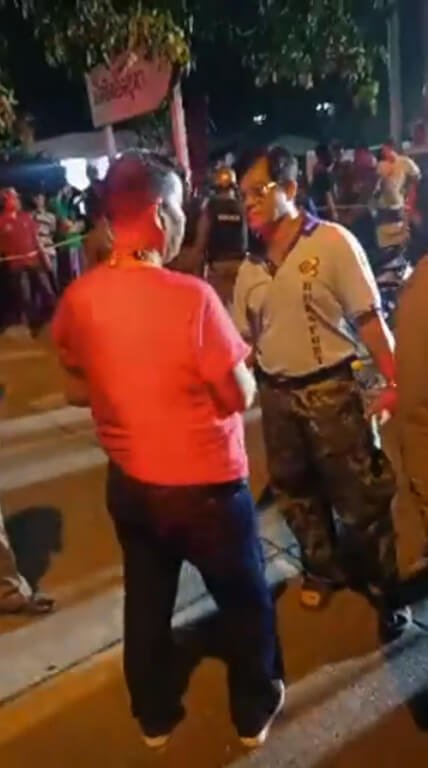 Napassakorn told reporters that his son had not been involved in drug trafficking. He also said the pistol wasn’t his but could not be sure if it belonged to his son or someone else. He said he had been told his son had been shot in the back and would therefore demand to see both the post-mortem report and all relevant CCTV footage.

“Our family wants justice and truth. If the investigation finds that my son did wrong, I will accept it but if the police did wrong, they must own up to it,” Napassakorn said.

Police also collected evidence from the police’s pickup, which sustained a shattered side glass window and had a bullet reportedly lodged inside it. 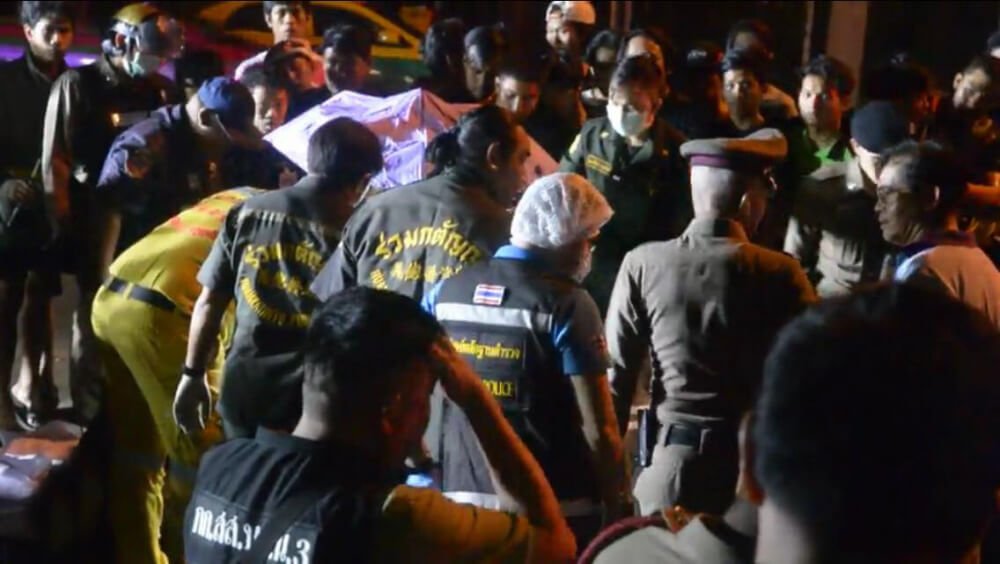 Theerapong said Ekkachai’s college celebrated its founding day on Sunday, after which the police team returning from the drugs bust encountered a large group of student motorcyclists on Rom Klao and Ramkhamhaeng roads. The officers claimed Ekkachai tried to overtake the pickup truck on his motorbike and opened fire at the accused policeman sitting in the cargo bed, resulting in the gunfight.

Thai princess disqualified from list of candidates for PM