Home » Thai police say they did not spray chemicals on protesters 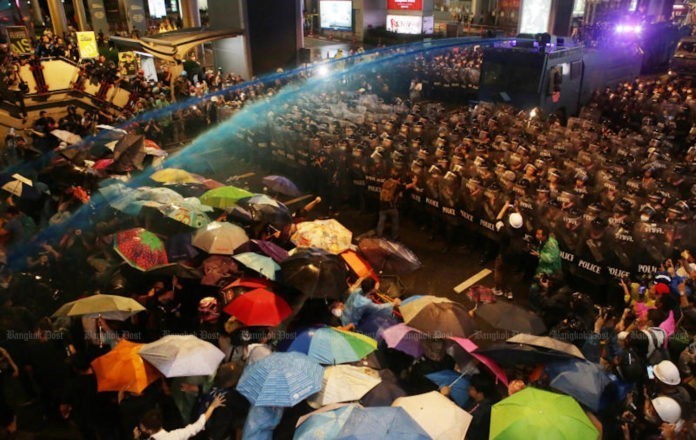 Police have defended the dispersal of anti-government demonstrators at the Pathumwan intersection in Bangkok on Friday night, saying they followed international standards for crowd control and that water sprayed from cannons did not contain dangerous chemicals.

“No dangerous weapons were used in the operation against a crowd of around 2,000,” said Pol Maj Gen Yingyos Thepchamnong, spokesman for the Royal Thai Police.

He said officers did not want to do anything that would harm people, but they were duty-bound to perform their duties as the government had declared a state of emergency in Bangkok.

Authorities have faced heavy criticism for their response on Friday, as the demonstration at the Pathumwan intersection was peaceful. “Violent or not, all gatherings are illegal,” Pol Maj Gen Yingyos said.

The water sprayed at the crowd contained blue dye so that officers could identify rally participants for possible arrest later.

Protesters said the water also contained a skin and eye irritant, and several posts on social media showed demonstrators trying to flush their eyes and faces with bottled water.

Pol Maj Gen Yingyos said the water did not contain dangerous chemicals or cause harm to the lives of demonstrators.

However, he acknowledged that some people might experience skin irritation. He said police officials could not confirm exactly what chemicals were used.

When asked why the police did not appear more curious about the chemicals they had purchased, the spokesman said that they were used by “civilised countries” to make it easier for police to identify people who broke the law. 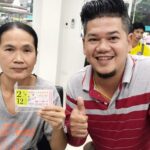 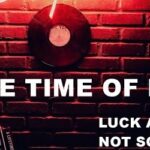