The holiday was over for almost 80 Chinese visitors to Thailand.

They were lining up at Bangkok’s Suvarnabhumi Airport to catch a flight home — to Wuhan, their hometown and the epicenter of a viral outbreak that has sickened thousands and has been declared a global health emergency by the World Health Organization.

Wuhan has been under tight lockdown as Chinese authorities seek to contain further spread of the virus. Reports from the city paint a grim picture of empty streets as residents try to keep out of harm’s way and medical services are strained almost to the breaking point.

Many countries are evacuating their own citizens from the city, even as locals cannot leave and public transportation and commercial flights have been suspended.

The virus outbreak has attached a measure of fear and loathing to the city’s name, as was demonstrated Friday when another group of Chinese tourists at the airport was asked whether they were the ones waiting for the flight to Wuhan.

A young woman, visibly alarmed by the question, backed away about 10 feet.

“No one is going to Wuhan,” she shouted back.

Chinese embassy personnel were more helpful. They reminded passengers to follow instructions from airport staff, refrain from shopping, and to wait in a designated area because the flight might depart ahead of schedule since it was a special arrangement.

The passengers who lined up for the flight — chartered by the Chinese government from XiamenAir — appeared calm and orderly. They were wearing the face masks that have become protective fashion in much of Asia, some augmenting the look with gloves and sunglasses.

Zhang Yunxuan, 30, had been in Thailand since Jan. 19 with her husband and young daughter. They were eager to get home, so they could help take care of family members still in Wuhan.

“I think if we take good protective measures, it’s better to go home and stay safe,” said Zhang. “We will quarantine ourselves for 14 days before going out and make sure we are safe.” She was referring to the incubation period of the virus.

The visitors were uncertain how they would return home until the Chinese government on Thursday announced it would arrange flights. Thai aviation authorities had to scramble when they found out Friday morning..

“We put together a special team to take of care of the passengers. And we arranged a special lane to check in at immigration so they will pass though very quickly,” said Kittipong Kittikachorn, deputy general manager of Suvarnabhumi Airport. “And we have a special parking spot for the charter flight, especially for this flight.”

Concerned about the outbreak, passenger Tian Xin said she and her companions had limited their activities on the last few days of their trip to try to keep fit.

“At least we know ourselves that we are healthy, but we are concerned we might get infected during the journey home. We just hope the situation in Wuhan is under control,” the 27-year-old said.

The passengers were asked to show their passports, pay the 2,400 Chinese Yuan ($346) charge for the flight and have their temperatures checked by medical personnel. A few passengers who registered higher than normal temperatures were taken to a separate room to be interviewed by doctors.

The cargo to be loaded included boxes and boxes of surgical masks.

The passengers were checked in. Seventy-six boarded the plane. One with a fever had to stay behind. Then Flight MF8676 departed at 4:57 p.m. for home. 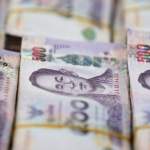 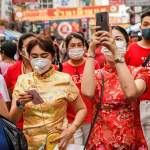