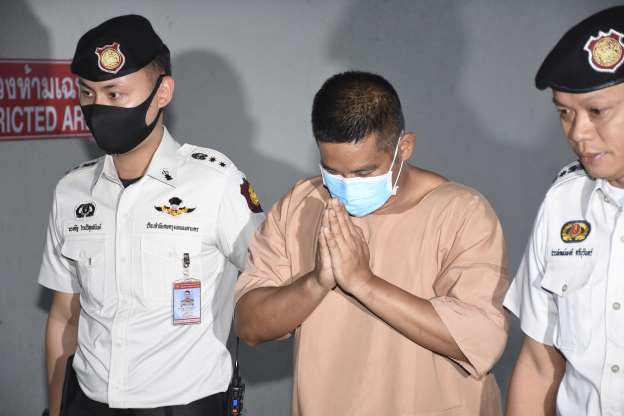 A court in Thailand handed a death sentence Thursday to an elementary school principal convicted of fatally shooting three people including a toddler during a robbery of a gold shop earlier this year.

The Bangkok Criminal Court found Prasitthichai Khaewkao guilty on charges including first degree murder, killing in commission of another crime, illegally carrying a gun and illegal possession of a war weapon in the Jan. 9 robbery at a shopping mall in Lopburi, about 145 kilometers (90 miles) north of Bangkok.

During the robbery, the gunman began shooting wildly, killing a sales clerk, a security guard and a 2-year-old boy, and wounding four other people.

Security video that was widely broadcast after the incident showed a man dressed in a black ski mask and camouflage trousers, with a backpack across his chest, carrying a pistol with a silencer as he entered the Robinson Lopburi mall.

Video from a separate camera at the gold shop showed the man firing his pistol, and the toddler, who had been walking hand-in-hand with an adult, suddenly falling limp to the ground. The man grabbed a number of gold necklaces worth 664,470 baht ($21,280) before fleeing.

Public shock at the killings put intense pressure on the police to solve the case, and they apprehended Prasitthichai in just under two weeks.

During a police news conference after his arrest, Prasitthichai was allowed to talk to reporters by phone. He told them he planned the robbery a few days before carrying it out, and that he was motivated by personal and financial problems.

“I am so sorry, and I apologize to the victims and their families, especially to little brother Triton,” Prasitthichai said, referring to the 2-year-old victim by his name. He denied that he deliberately shot the toddler and other victims, and said he opened fire to intimidate shoppers and security guards to allow him flee easily.

Just a month after the robbery, a more deadly incident took place at a shopping mall in the northeastern city of Nakhon Ratchasima, when a disgruntled soldier went on a shooting rampage after he felt he had been cheated by his commanding officer.

The soldier fatally shot 29 people before being killed by security forces in the shopping center where he holed up for about 16 hours. 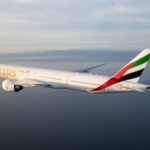 Emirates to resume flights to Bangkok from 1 September 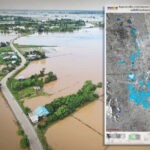