The DSI have announced that they are ready to hit major loan shark networks here in Thailand with criminal charges.

The groups have a total cash flow of about Bt1.4 billion and own 3,400 rai of land. To date, they have also sued 1,800 debtors for not repaying their loans, authorities say.

“As a result, the retroactive tax bill of the network that is based in Chaiyaphum province will be about Bt230 million.”

Paisit said the five other networks were based in Phetchabun, with two active groups, Chiang Rai, Khon Kaen and Prachuap Khiri Khan.

He added that the DSI had submitted details of the loansharks to the Revenue Department so that it could tax them retroactively.

“This is on top of criminal proceedings they will have to face,” Paisit said.

Speaking at the same press conference, Wisit Wisitsora-at, the Justice Ministry’s permanent secretary, said information gained so far suggested these loan sharks had taken advantage of their debtors, most of whom were farmers.

“These farmers, as a result, are at risk of losing their land plots,” he said.

Wisit emphasised that the government was committed to cracking down on this type of unregulated debt.

Interest rates charged by loansharks are much higher than those at legal financial institutions but many people turn to them because they offer easier access to money.

Loan sharks’ interest rates are often as high as 140 per cent a year and these exorbitant charges often weigh heavily upon loan recipients later on.

Wisit said the Finance Ministry had recognised people’s need to get emergency funds, which is a key reason behind the thriving illegal businesses.

“So, apart from taking legal actions against loan sharks, the government has also prepared Pico Finance for people,” he said. The Pico Finance is widely interpreted as a government effort to bring loan sharks into the legal system.

If their applications are approved by the Finance Minister, they will be allowed to charge up to 36 per cent in interest, fees and fines.

“Under this system, people can seek a loan of up to Bt50,000 when they need cash,” Wisit said.

Pico Finance only allows its operators to grant loans to people living in their home province.

Applicants for these loans do not always need to provide collateral. They may also be approved for smaller sums, such as living expenses, not just high-cost projects like buying a car, a home or renovating a house.

Paisit also disclosed yesterday that the DSI was investigating an alleged loan-shark network in Pathum Thani.

“We have not yet reported this network to the Revenue Department because we are in the process of seeking additional arrest warrants for suspects involved in the network,” he said.

He said warrants were being sought for persons who had collected money for loan sharks. 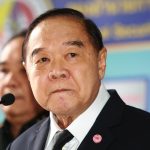