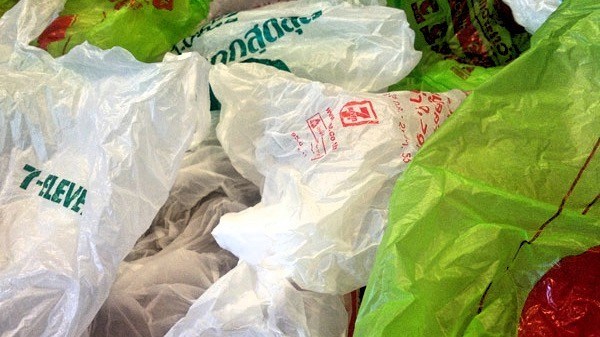 The Thai environment minister has announced a major agreement from large retailers, plastic manufacturers and department stores to stop handing out single-use plastic bags to customers. The new program will start next year.

Over the past year several large retailers have come up with various promotions to reduce the amount of single-use plastic bags handed out to customers but they’ve been more of a PR stunt than a real attempt to cut down on the huge amounts of plastic waste generated by these companies, such as not handing out plastic bags on a single day of the week or putting up signs that they do not give plastic bags, when, in fact, they do.

Minister Varawut Silpa-Archa said the Environment Ministry invited scores of Thai partners to join the ministry’s campaign to reduce the use of single-use plastic bags.

“This cooperation will help Thailand leave the list of major generators of waste and sea garbage worldwide” He stated to the press.

Among the big names were Central Group, The Mall Group, CP All (owners of 7Eleven), Siam Makro, Robinsons, Bangchak Retail, Big C Supercentre, Index Living Mall and PTT, as well as trade associations such as the Plastic Industry Club and Thai Retailers Association. 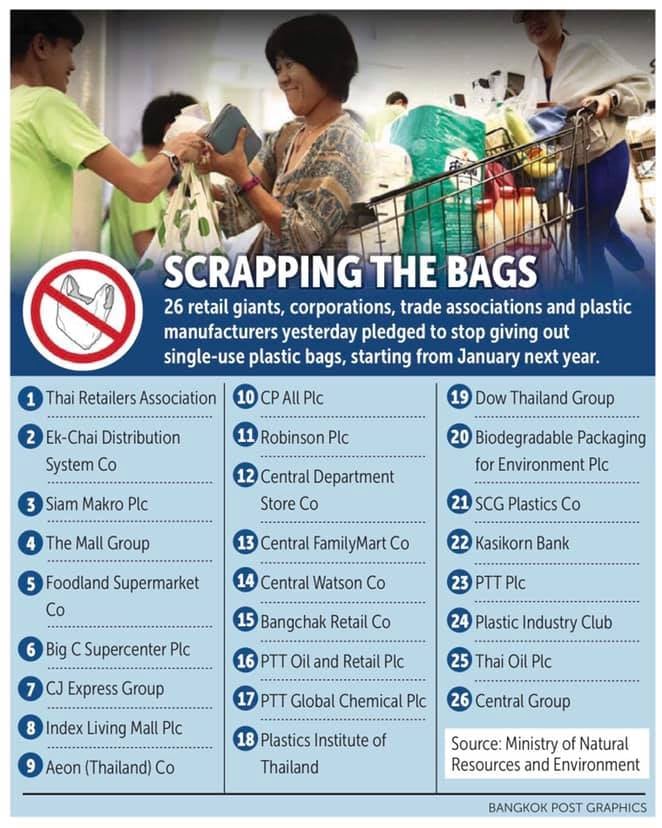 These partners have vowed to stop giving out single-use plastic bags to customers starting January.

“This type of campaign should have been done long ago. We have spent so much time trying to negotiate. At last, we made it.”

From next January customers will have to bring their own bags to carry goods from these stores.

The following image is from the Bangkok Post which shows the list of retailers that are participating. Family Mart and 7-11, two of the largest users of plastic bags, are included as their parent companies have agreed. 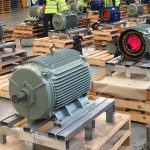 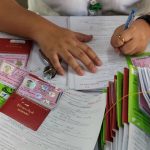