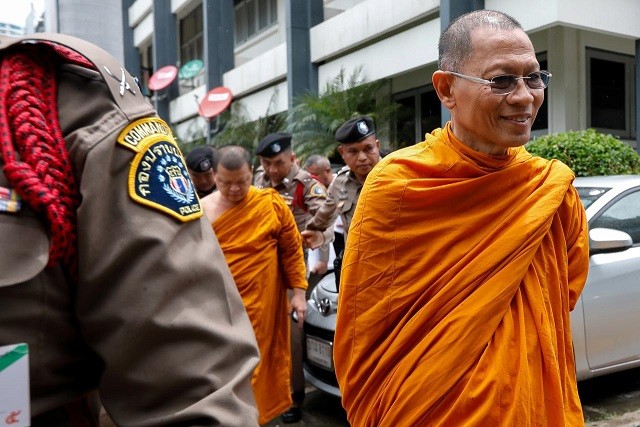 A former abbot of Wat Sam Phraya in Bangkok has lost his appeal against a suspended 8-month prison sentence for embezzling five million baht from a temple’s education fund.

The Appeal Court for Corruption and Misconduct Cases handed down its ruling in the embezzlement case on Tuesday. Five people were involved, including 76-year-old former Phra Phrom Dilok, ex-abbot of Wat Sam Phraya .

The ruling was read out at the Criminal Court for Corruption and Misconduct Cases.

They were accused of dereliction of duty and conspiring to misappropriate money set aside for the Phra Pariyatti Dhamma School in fiscal year 2014. The suit was filed on Oct 22, 2018.

The lower court earlier sentenced the first to fourth defendants to 18 months in prison. The court commuted the jail sentences for the first, third and fourth defendants –  Phanom,  Kaew and  Pornpet – to 12 months because they gave useful testimony.

Boonlert, the second defendant, confessed, so his sentence was reduced by half to nine months.

The  ex-abbot, charged under his layman’s name, Euan Klinsalee, faced a jail term and a 12,000 baht fine. His sentence was later commuted to eight months in jail and a fine of 8,000 baht, after the court decided he cooperated during interrogation, had made contributions to Buddhism and had never served a prison sentence before. His jail sentence was then suspended for one year.

Only the former abbot, the fifth defendant, appealed against the judgement.

The ex-abbot showed up at the court on Tuesday to hear the ruling, with monks and laymen accompanying him for moral support.

The Appeal Court for Corruption and Misconduct Cases rejected his appeal, upholding the lower’s court ruling,

Lawyer Annop Boonsawang said Phra Phrom Dilok had denied any knowledge of the embezzlement, but the court was of the opinion that as a senior monk he should have exercised his authority to scrutinize the use of budgets allocated to temple projects.

Mr Annop said the defense team would file an appeal with the Supreme Court.

The ex-abbot also had also faced two cases involving alleged temple fund embezzlement. In September last year, the Court of Appeal acquitted him of a charge of money laundering in one of the two cases, his lawyer said. The statute of limitations in the case expired last month, he added.

The other case was filed with the Civil Court. Defence lawyers had submitted a request for its dismisal to the Court of Appeal, after the first suit involving the alleged money laundering was final, he said. 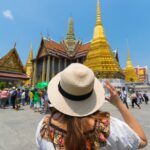 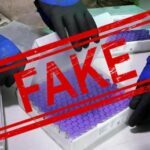