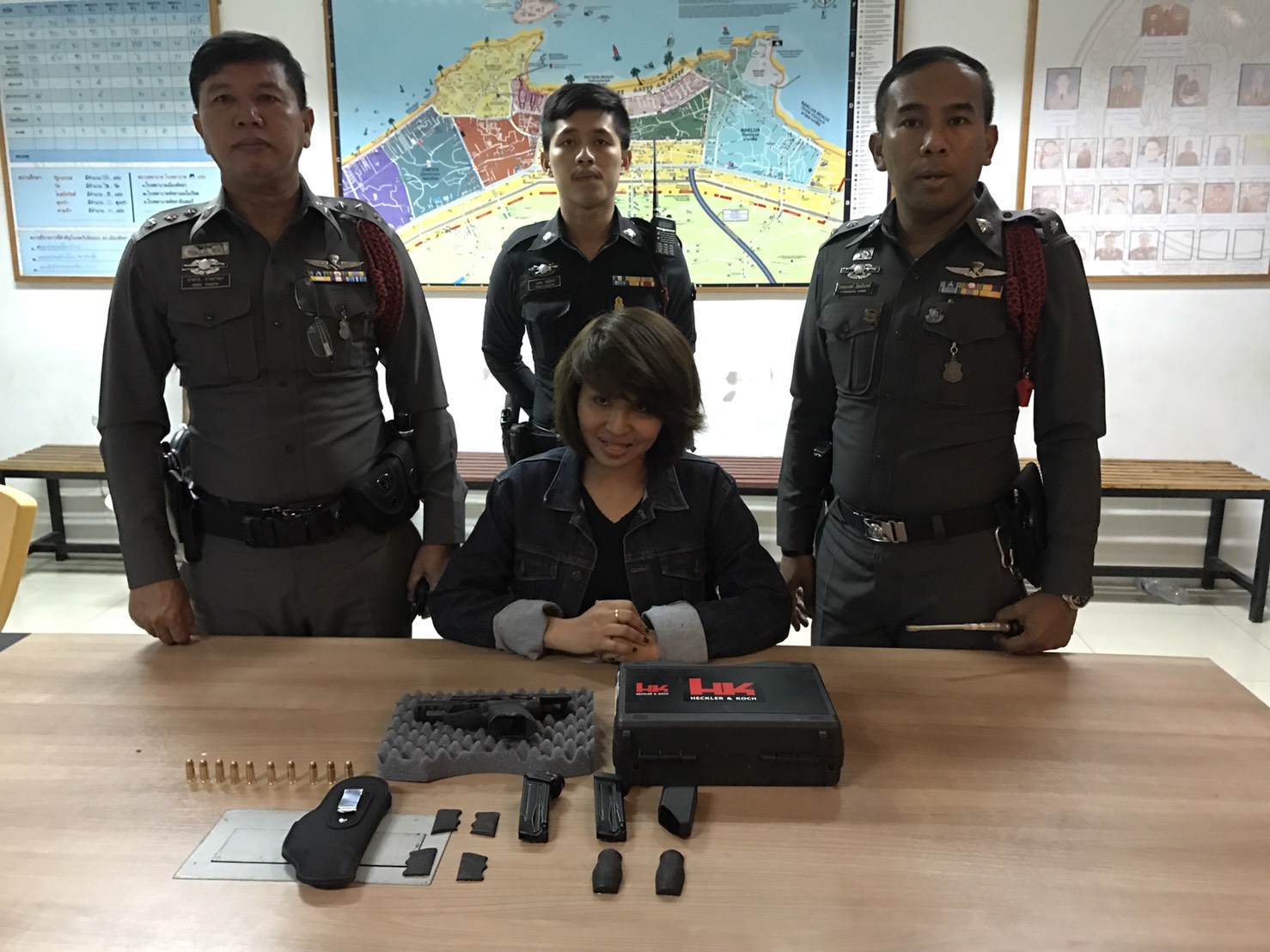 At around 4:00am on the morning of April 8th, Pattaya police a stopped and made the arrest of a Thai business woman driving her white Mercedes Benz.

The vehicle was stopped at a local checkpoint in South Pattaya for a routine check, but things got serious when a gun was spotted hidden in the inside door of the drivers side. 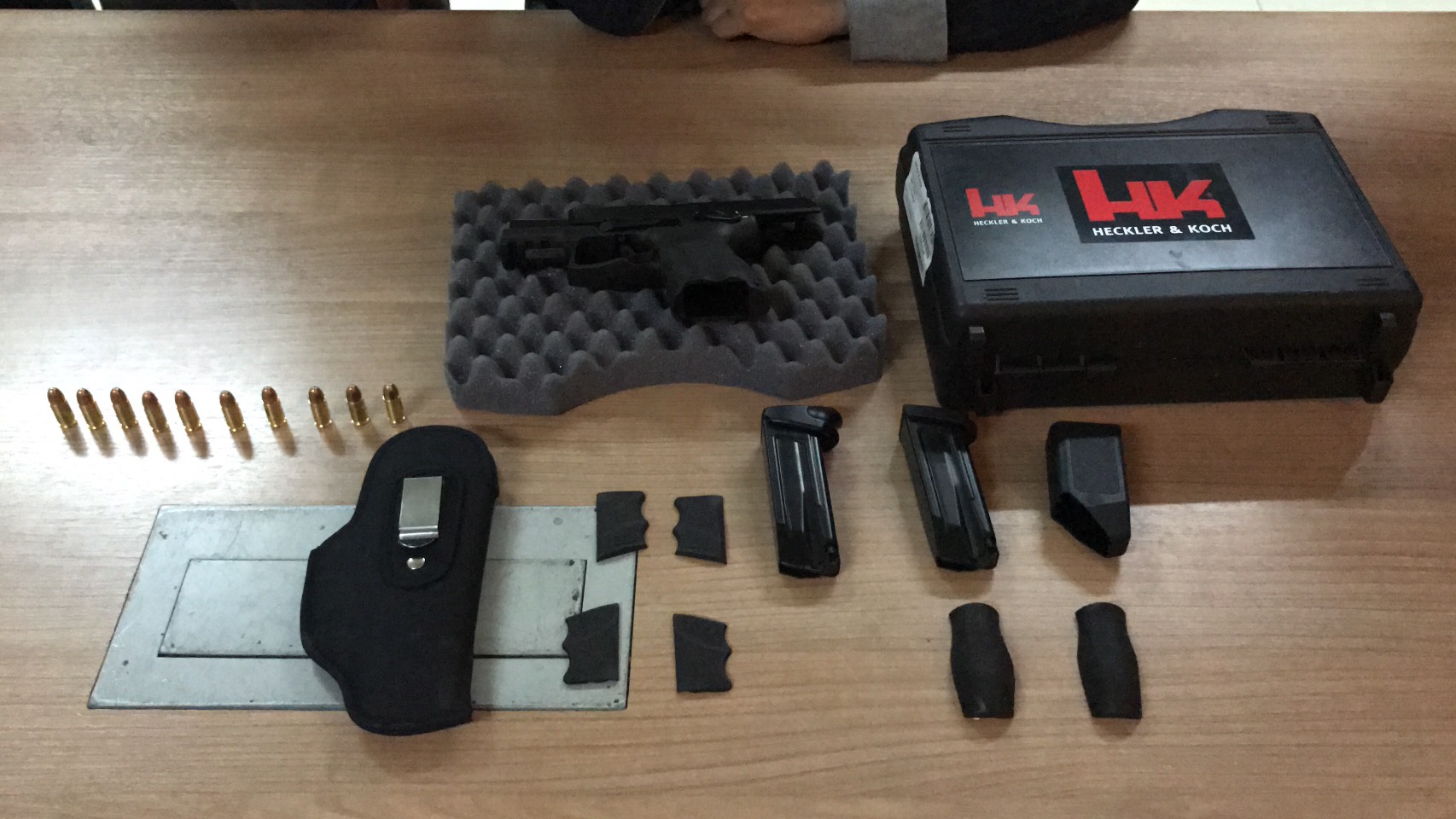 The suspect, Miss Suay Phengprakhon, 36, was taken straight down to the police for questioning. It turned out that she is a business owner in the Bor Win district of Chonburi.

She also told police that the HK P30SK 9mm weapon and ten bullets with case and other attachments that was found did in fact belong to her. Asked as to why she felt the need to carry a dangerous weapon around with her, she simply replied:

“I have it for my own protection”

The have been no details as of yet relating to any charges that may or may not have been placed against the suspect. Any further news will be updated as soon as it comes in. 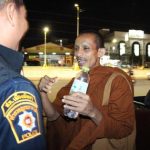 A Drunk Monk gets de-frocked for bad behavior 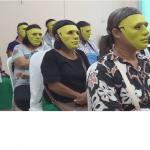