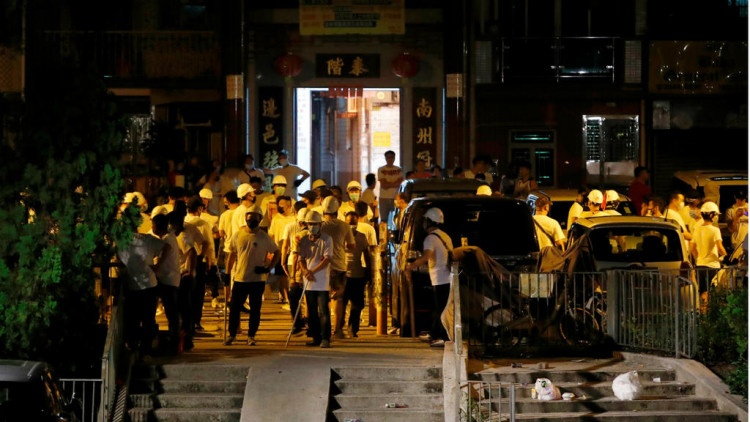 Thai boxer Arthit Ruenpech was allegedly among a violent mob of people clad mainly in white shirts that attacked protesters in Hong Kong on Sunday night.

The drawn-out protests in the special administrative area of China erupted over a proposed change to the law that would allow people accused of crimes to be extradited to the mainland to face prosecution.

The protesters’ target on Sunday was the office of Junius Ho, a lawyer and politician outspoken in his support for Beijing.

Nation Television Channel 22 reported that the attack was spurred by a video showing Ho giving a thumbs-up to stick-wielding white shirts who’d violently countered the pro-democracy effort mobster, and praising them for their “hard work”.

Ho is believed to have helped organize Sunday night’s counterattack on protesters as they were returning home via a train station in Yuen Long.

Andrew MacGregor Marshall, a Scottish former correspondent for Reuters once based in Thailand, said on Facebook that he’d discovered Arthit among the white-shirt mob.

The National Security Council of Thailand determined that Arthit is attached to the San Po Kong boxing camp.