Ten irrigation dykes are under construction in Kalasin province to prevent flooding and to provide irrigation water for farmers.

Wirat Saengkaew, director of Kalasin Land Development, said on Wednesday that the construction started in the middle of last month and officials are now speeding up the works.

Wirat was reporting on the project’s progress to Benjaporn Chakranon, inspector-general of the Agriculture Ministry, who made an inspection trip to the northeastern province.

Wirat said each dyke was being built with a budget of Bt100,000 that included a Bt60,000 material cost and a labour cost of Bt40,000. The workers are from poor families in the local areas.

He said the dykes are being built in Muang, Somdej, Khao Wong, Don Jan and Nong Kungsri districts.

Benjaporn said a total of 1,097 irrigation dykes will be built around the country under the budget of the Thai Niyom Yungyuen development project, a pet project of the junta government. 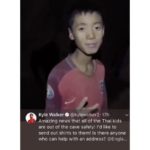