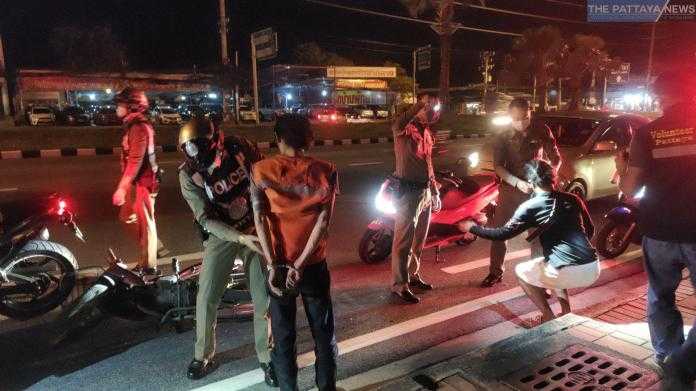 A Pattaya motorbike taxi driver carrying a young Japanese man busted through a police curfew checkpoint the other night and led the police on a chase.

After leading the police on a chase the pair was finally arrested on Sukhumwit Road just before 10:30 pm Friday night.

The Japnese man whose name was not given was arrested along with his driver Mr Worapan Sukboonsand, 42 and searched by police. Though no illegal items were found, they were also tested for drugs and alcohol, however, the results to the tests had not been confirmed at the time.

The pair will probably now face legal action against them which can carry fines up to 100,00 Bht and up to two years in prison under the emergency decree law currently in place 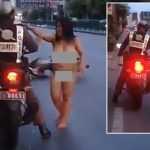 Video: Naked woman attacks policeman after being ‘dumped by her boyfriend’ 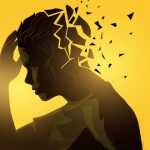 Anxiety and Trauma on the rise in lockdown