Back in 2010, along with my friend Terry from London, I visited Thailand purely by chance. We were on a winter holiday in Penang, Malaysia where Terry was less than impressed with the weather.

“Darling, it’s cloudy again,” he said one morning, in his disapproving Princess Margaret voice. “I can’t possibly go back to London without a tan to annoy my work colleagues.”

“It’s 35°C and sunny in Thailand,” I replied casually, looking at the weather forecast on TV.

“I’m already packing, darling,” he gushed, in a flurry of hatboxes.

And with that spur of the moment decision, the future trajectory of my life was changed.

We took a one-hour flight from Penang to Bangkok and checked into a twin room on the 23rd floor of the Shangri-La hotel, with stunning views over the Chao Phraya river. That evening we went to Telephone Bar in the vibrant Silom district and got chatting with a group of friendly locals.

One of them, called Woody, had a dazzling smile and offered to take me on a motorbike tour of Bangkok by night. I ran the suggestion past Terry whose reply was “off you go darling!” And so, in a moment of Shirley Valentine spontaneity, I was whisked off on a scooter down a labyrinth of hot, steaming streets, where tall glass skyscrapers towered over makeshift wooden shacks and spicy chicken soup was being cooked at every corner. It was a thrill to the senses and from that first sultry, humid night in Bangkok, I was hooked.

When I got back to my hotel in the early hours of the morning, I was very surprised to find that Terry, along with all his hatboxes, had left. All that remained was a brief note on my bed: “Gone to Koh Samui. I want to be alone.”

Suddenly, I found myself 10,000km from home, all alone in a foreign country where I knew no one. I’m sure the sensible decision would have been to go back to Ireland and forget about the whole experience but, instead, I reached into my pocket and took out a little piece of paper with a neatly written telephone number and the words: “Call me! – Woody.”

Over the next few days, Woody and I visited some of Bangkok’s most famous tourist attractions. First, we went by motorbike taxi to the Grand Palace, the official ceremonial residence of the king. Built in 1782 by King Rama 1, it’s a huge complex on the west bank of the river and includes the renowned Temple of the Emerald Buddha. Some of it is open to the public, as long as you are well covered and have appropriate footwear (no flip-flops). Next, we took one of the frequent river boats down to Sathorn – a great way to see the towering skyline of the city – and disembarked at Saphan Taksin right next to the Shangri-La hotel. By early evening we were sitting in a side street outside a little restaurant that served the best fish in Bangkok for about €3.50 a main course.

Later that night, Woody brought me to App Arena Club to see his friend Coco, a sensational drag artiste, who lip-synched flawlessly to Whitney Houston – and looked very like her too. It was a whirlwind sightseeing tour which I would never have experienced if Terry hadn’t made his dramatic dash to Koh Samui.

A year later, Woody came to live with me in Ireland and we entered into a civil partnership in 2014. Ever since, we have made a trip each year to Thailand and we’ve built a little house in the rice fields near where he grew up, about 500km north of Bangkok.

In March, Woody and I arrived for our annual holiday in Thailand but now, like the rest of the world, we are caught in the grip of the Covid-19 pandemic. The Thai government has responded swiftly with draconian measures to contain the spread of the virus.

The beaches of the south are closed, patrolled day and night by drones; Phuket is in total lockdown (no one can enter or leave the island) and the bright lights of Bangkok’s world-famous nightlife have been turned off.

Throughout the country, there’s a strictly enforced curfew and anyone caught outside after 10pm could end up with a hefty fine or, worse still, a year in the Bangkok Hilton!

Controversially, there has been a total ban on the sale of alcohol since April 1. Thais are very sociable people and love nothing more than to gather at a friend’s house for a game of cards over a bottle of local whiskey but, in general, they are law-abiding and compliant and these strict measures have been highly effective.

To date, there are just 2,969 coronavirus cases in Thailand and while, sadly, there have been 54 deaths, in a country of nearly 70 million, these numbers are extremely low.

One of the other key tactics here has been to radically reduce international travel.

All foreigners have been banned from entering Thailand and Thai citizens returning from abroad must quarantine for 14 days at an appointed place.

Our return flights to Ireland on KLM have been cancelled, leaving us somewhat stranded here.

But at least we are not accidental tourists shipwrecked in an strange land. We are staying at Woody’s sister’s house in a private gated community in a leafy suburb of Bangkok. I start each morning with coffee in the garden, after which I teach English to our gorgeous nephew Hummer who is almost four years old and already nearly bilingual.

Woody’s sister and her husband both work in the property and construction business and, in a typically Thai gesture where family is paramount, they’ve told us we can stay as long as we want.

Since May 3, Thailand has started taking tentative steps towards getting its economy moving again. Outdoors markets are opening up, along with some cafes and restaurants and, for the first time in nearly two months, little Hummer has been released from the confines of his garden to play at the local park. Last week, we all visited the nearby King Rama IX Park and watching him whizzing around on his little green bicycle was pure joy.

In those early days, when I first visited Bangkok, I used to wonder what it would be like to live in Thailand – but I always lacked the courage to give it a try.

Now, with my classical music career on hold and a global pandemic forcing us all to rethink our lives, I have found myself here more by chance than by choice.

But what a blessing it is.

As restrictions are easing, our next plan is to all go up to our village house to help harvest the rice fields and mango and banana trees. These dazzling days in Thailand are a long way from Mozart and Puccini – but the joyous connection with family and nature is like waking up each morning to an unexpected paradise. 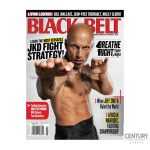