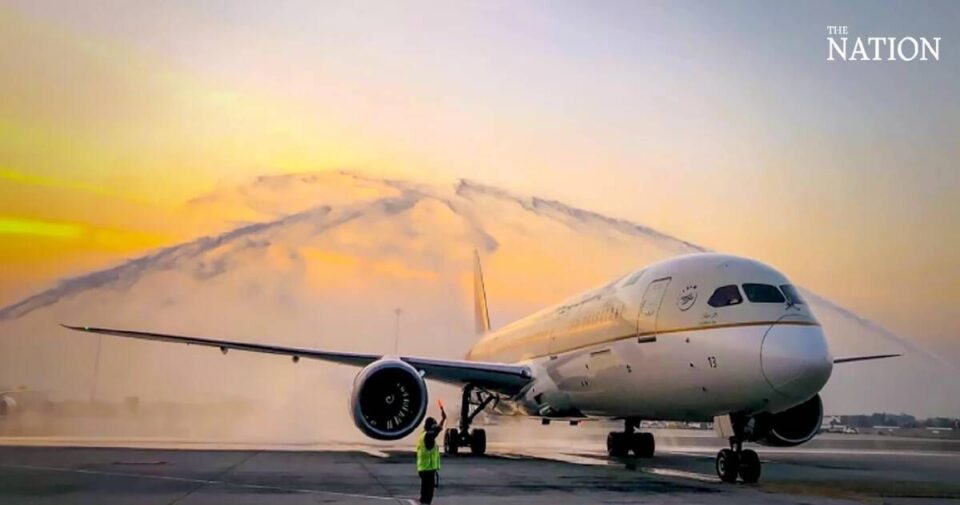 The first Saudi Arabian Airline direct flight to Thailand in 32 years arrived at Suvarnabhumi international airport yesterday evening (Monday) with 71 passengers on board, marking a milestone in the resumption of good relations between the two countries.

The aircraft and its passengers were given a warm welcome. Airport officials performed a traditional greeting by spraying water into the air to form an arch over the aircraft as it slowly moved toward its stand on the apron.

Thai Tourism and Sports Minister Phiphat Ratchakitprakarn and officials from the Tourism Authority of Thailand (TAT) were there to welcome the 71 passengers, who were treated to a Khon mask dance performance and some souvenirs.

Among the passengers was Assistant Vice President of International Regions of Saudia Airlines Almusaed Musaed Muhammed.

According to the TAT, Saudia, formerly known as Saudi Arabian Airlines, will operate three direct flights per week from Riyadh to Bangkok, on Monday, Wednesday and Friday, using Boeing 789s, which have a seating capacity of 298.

TAT Deputy Governor Siripakorn Cheawsamoot said the direct flights will facilitate travel to other destinations beyond Bangkok and will save flying time.

Thai Airways International is planning to launch its own service to Saudi Arabia, tentatively scheduled to start during the summer.

Diplomatic ties between Thailand and Saudi Arabia were suspended for three decades following a high-profile jewelry theft at a Saudi palace by a Thai worker known as the “Blue Diamond Affair” and subsequent killings of Saudi diplomats in Thailand. 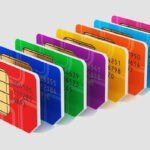 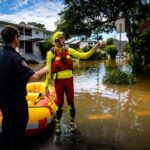