Home » The man spends £ 33,000 on surgery to look like David Beckham, even has ribs removal

Jack Johnson, 22, of Kimberley, Nottinghamshire, spent 24 hours in a coma being treated for smoke inhalation after his one-bedroom flat went up in flames.

A man who has spent £33,000 on trying to look like David Beckham said a chip pan fire that nearly ‘killed him’ has made him even more determined to look like his hero.

He woke to find his flat covered in smoke, with flames spreading from the kitchen to the bathroom and landing. He launched a duvet over the fire but hadn’t realised a deodorant can was inside.

‘It exploded,’ he said. ‘It threw me back onto the bannister. When I got out of the flat I fell unconscious and that’s when I woke up from a coma 24 hours later at QMC.

‘I have lost everything. I am in a lot of debt anyway, but now I am in more debt because I did not have insurance. It has destroyed me.’

Jack said he has spent £33,000 on looking like his idol, which includes a nose job, chin implants, liposuction, botox, fillers and facials. He also buys the same clothes as David and has taken out loans to achieve his dream.

His next target is his bone structure and he is looking at having three ribs removed so he can fit in the same waistcoats that David Beckham wears.

‘I am blacklisted everywhere [for credit],’ he said. ‘I will carry on until I know I look like him. If I don’t listen to my own mum, when she tells me to stop, I am not going to listen to everyone else.

‘I have got no problem with my appearance but I just want to be a David Beckham lookalike, the first person in Britain to look exactly like a celebrity through work being done.’

He is now asking for donations for him to get back on his feet after the fire destroyed all his belongings and has set up a Go Fund Me page.

The incident happened on Thursday, November 8, and has left Jack, who is currently unemployed, having to sofa surf between friends and family.

Mr Johnson, who calls himself Jack Beckham online, had decided to fry some potato waffles in a chip pan but dozed off while looking on social media.

This little girl may seem young and small, but she’s a tiny Muay Thai master 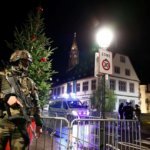