The parents of a victim in the helicopter crash which killed Leicester City soccer club owner, Vichai Srivaddhanaprabha, is suing the deceased tycoon’s family for 300 million baht in a civil suit.

Viroj and Samrerng Suknamai filed a lawsuit with the civil court on Monday, demanding 300 million baht in compensation plus a 7.5% interest from the manager of Vichai’s estate and the King Power Duty Free company, which is owned by the tycoon’s family.

In their lawsuit, the couple said that they have not been appropriately compensated as they should be according to the law.

Mr Viroj and Mrs Samrerng, parents of the former beauty queen and actress Nusara Suknamai, who died on Oct 27 in a helicopter crash outside the King Power Stadium in Leicester, said that Nusara’s death has left them with severe emotional trauma and no means to support themselves.

The Suknamais’ lawyer, Pinit Laksanawisit, said Nusara’s family has tried in vain to discuss the compensation issue with Vichai’s family.

According to Mr Pinit, as Vichai was Nusara’s employer and the ill-fated helicopter is understood to be King Power Duty Free’s property, Vichai should be held responsible for any damage arising from the accident.

However, since Vichai died in the crash, the responsibility is passed on to his estate manager, which is his wife, said Mr Pinit.

According to Mr Pinit, before Nusara’s parents decided to sue, they had been in contact with the Srivaddhanaprabha family 2-3 times.

The late tycoon’s family sent their staff to discuss the matter, who produced a legal document written in English — which Mr Viroj and Ms Samrerng cannot read — stating that they were offering US$25,000 (750,000 baht) in compensation.

The family later sent a second letter, offering another US$50,000 (1.5 million baht) in compensation, attached with a clause saying Nusara’s parents forfeit the right to any further compensations upon receiving the agreed amount.

Mr Viroj and Mrs Samrerng did not sign the letters.

Since then, Mr Pinit said the Srivaddhanaprabha family never contacted the parents again. The lawyer said he was under the impression the tycoon’s family might be trying to stall a discussion until the statute of limitation of the case expires.

The family had previously suggested the parents get in touch with their team of lawyers in Singapore.

In December last year, British air crash investigators said the failure of the helicopter’s tail rotor mechanism had caused the helicopter to swerve out of control.

Britain’s Air Accidents Investigation Branch said in a special bulletin that the cockpit pedals had become disconnected from the tail rotor mechanism, causing the helicopter to plummet to the ground from an altitude of 430 feet (131 metres).

Pilot Eric Swaffer, his partner and co-pilot, Izabela Roza Lechowicz, were also killed in the crash. 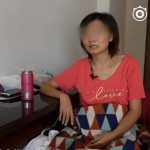 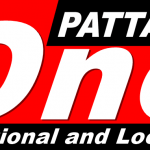