Home » Pregnant woman calls for the DEATH PENALTY on her husband 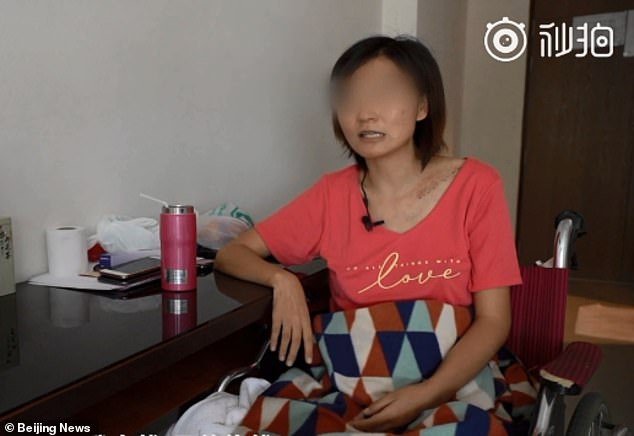 Pregnant woman calls for the DEATH PENALTY on her husband:

Pregnant woman calls for the DEATH PENALTY on her husband who pushed her off a 110ft tall cliff so that ‘he could inherit her £2.5 million fortune’

A Chinese mother-to-be is calling for the death penalty on her husband after he allegedly tried to murder her by pushing her off a cliff during a trip in Thailand.

Wang Nan, 32, who was three months pregnant at the time, survived the 34-metre (111-feet) fall in the Pha Taem National Park in Ubon Ratchathani province on June 9, but sustained fractures in her left thigh, arm, collar bone and knees. Her unborn child was miraculously unharmed.

Her 33-year-old husband, Yu Xiaodong, was arrested by Thai police for attempted murder on June 17 after an investigation revealed that he had wanted her fortune of 100 million baht (£2.5 million) to pay off his gambling debts.

Following weeks of treatment, Wang is able to move her right arm and speak, but is still unable to move both her legs.

She had recently been transported from Ubon to Bangkok for further treatment, according to Beijing News. The family will seek to return to China as soon as possible to set up an investigation with local authorities.

‘He committed intentional murder. And it’s not only my life, it’s also my child’s life too,’ Wang told reporters.

‘For this intentional murder, we hope he would be sentenced to death,’ she said.

At a hearing in Thailand last Wednesday, Wang claimed that her husband had planned her murder.

She said that Yu was jailed for eight years for a previous crime and never got a job after the pair got married.

Yu, who was from a poor family, accumulated more than one million yuan (£116,000) in debt from gambling and asked Wang to help him repay it, but she only agreed to pay half, giving him motive to kill her.

During their trip to Thailand, Yu brought her to several national parks and appeared interested in looking at the cliffs, she said. However, she found this behaviour odd because he had a severe fear of heights.

A tourist found Wang lying wounded on a trail in the Pha Taem National Park after she had tumbled down the cliff that morning.

She and her unborn child miraculously survived after her fall was broken by trees, Pol Colonel Charnchai Innara, commander of the Khong Chiam district police station, previously said.

Officer Innara said police found the husband suspicious after noticing him standing at a distance from the scene as rescuers helped his wife after the fall.

The woman later told officers that she was unable to tell her story earlier because her husband wouldn’t leave her side while she was receiving treatment.

Doctors assured the woman that her foetus remains in stable condition, but the family worries that the medication and anaesthesia used in her emergency surgeries would harm the child. 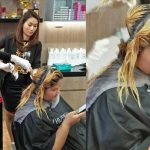