Home » Students and workers call for lifting of Emergency Decree 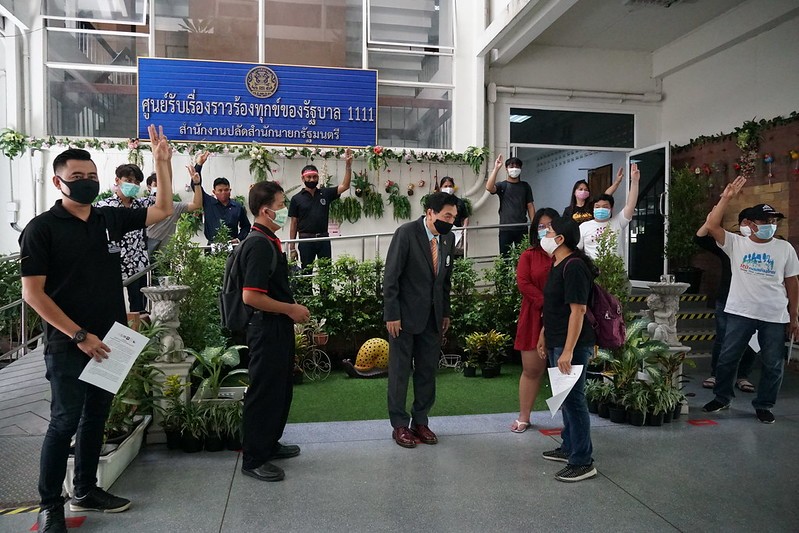 Students have joined hands with labour organizations in submitting a letter urging the government to lift the Emergency Decree after the cabinet decided to extend it to 30 June.

The letter says, “stop using the pandemic as an excuse to oppress the people.” Thai Lawyers for Human Rights pointed out three legal reasons why the situation does not warrant extending the Emergency Decree.

“The government must lift the Emergency Decree and distribute compensation payments to all citizens,”. The group then submitted the letter at a government complaints centre where it was received by Sompas Nilapund, advisor to the Office of the Permanent Secretary of the Office of the Prime Minister.

The letter summarizes what the government has done during the two months since the Emergency Decree was enforced and finds that it has arrested and threatened to charge critics the government’s operations. The authorities each time cited public order as the reason, not disease control. The groups therefore see the Emergency Decree as an opportunity to block the freedoms of the people by using the pandemic as an excuse. As the COVID-19 situation has significantly improved, the network of students and workers organizations call on the government to stop using the pandemic as an excuse to oppress the people.

The letter calls for the government to lift the Emergency Decree and apply laws that can control the pandemic but do not limit the people’s freedoms, like the 2015 Communicable Disease Act, and to provide compensation for all types of workers, including those who are not in the social security system, the self-employed and agricultural workers, who must receive equal rights, so that every person has equal access to timely government assistance.

It is greatly hoped that in this difficult situation, the government will take the people’s interests over maintaining its own power because Thailand belongs to all Thai people.

The Cabinet on 26 May approved the extension the Emergency Decree, which was imposed on 26 March, by claiming that the extension was to control the spread of Covid-19 and not for any

The extension of the Emergency Decree creates difficulties for many people, especially workers who have no income because of layoffs or the inability to work as normal. The curfew also means that people and workers who work night shifts have to experience difficulties in travelling, or even being able to work at all. The government also has not yet given importance to dealing with the difficulties of the people. As we can see, the relief measures that the government has implemented have been beset by delays and inefficiencies, which has led to many people being missed out from state measures, especially informal workers and agricultural workers.

Extending the Emergency Decree solely for the government maintain its own power is considered to be cold-blooded aggravation against the people and extreme contempt for the people.

While the pandemic situation is greatly reduced in severity, we can see the numbers of infections and deaths from COVID-19 in Thailand is far less than other countries, But the number of deaths from destitution and the economic depression has been increasing.

1. Lift the Emergency Decree and use instead laws that can control the pandemic but which cannot be used to limit the people’s rights and freedoms, like the 2015 Communicable Disease Act.

2. Assist everybody without exception, so that workers in every category, such as those who are not in the social security system, the self-employed and agricultural workers, must receive equal rights, so every person has equal and timely access to state help without exception.

It is greatly hoped that in this difficult situation, the government will take the people’s interests over maintaining its own power because Thailand belongs to all Thai people.”

The letter is dated 27 May and signed by the Eastern Labour Relations Development Group, the Greater Rangsit Area Labour Union Group, the Building and Wood Workers International Council of Thailand, Just Economy and Labour Institute, the Textile Garment and Leather Workers’ Federation of Thailand, and the Student Union of Thailand.

Thai Lawyers for Human Rights point out three legal reasons for not extending the Emergency Decree.

It was reported on 25 May, before the cabinet decided to extend the Emergency Decree, that Thai Lawyers for Human Rights released three legal observations as to why the government should not extend the decree.

1. The ongoing COVID-19 situation may no longer meet the definition of an ‘emergency situation’ under the Emergency Decree.

2. The end of the Emergency Decree and the use instead of other existing laws would better guarantee the rights and freedoms of the people.

3. To extend the Emergency Decree without the participation of the legislature may not be consistent with a democratic system of government. 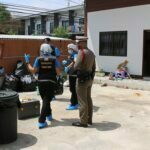 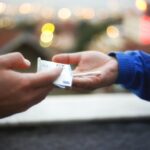