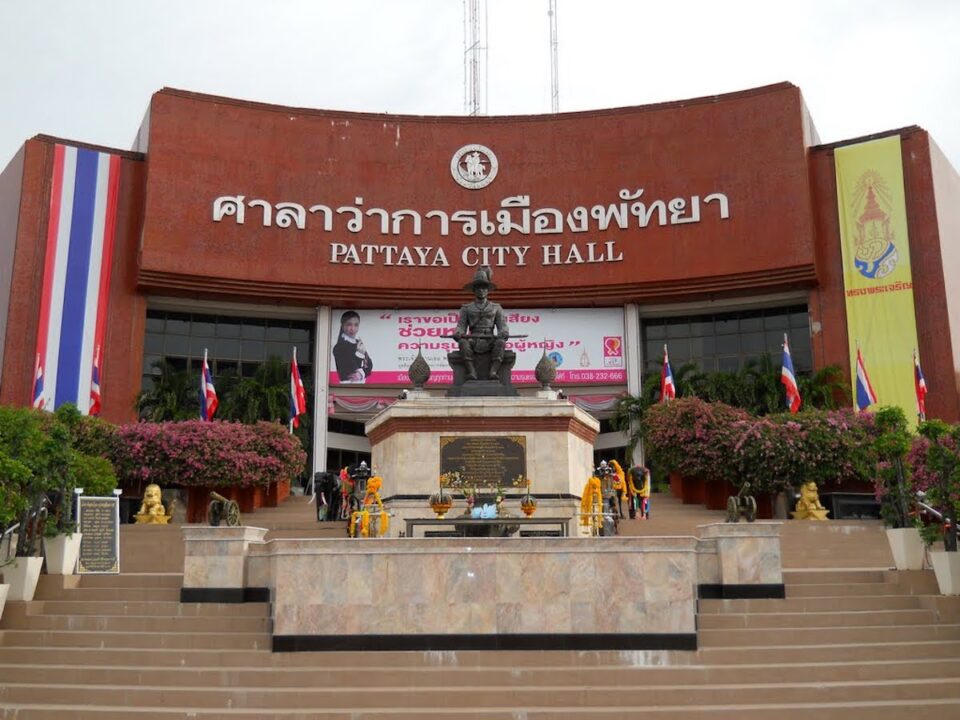 A political dynasty’s decades-long dominance of politics in Chon Buri province will be threatened by strong challenges at the upcoming Pattaya mayoral election on May 22, analysts say.

The Khunpluem family, who have held the mayoral seat for generations, are risking a shock loss at the hands of newcomer candidates, said Yuthaporn Issarachai, a political scientist at Sukhothai Thammathirat Open University.

He doubts that the political family retains the influence it once had, pointing to changes in the political, economic, and social spheres.

First, voters may have lost patience with the conflict between incumbent Pattaya mayor Sonthaya Khunpluem and Labour Minister Suchart Chomklin over the recruitment of MP candidates for the ruling Palang Pracharath Party to contest the next election.

“Dissatisfied voters may opt to vote for a new candidate,” said Yuthaporn.

Suchart is a former subordinate of Sonthaya’s father, Somchai, also known as Kamnan Poh, the late “Godfather of Chon Buri”. However, Suchart has managed to build a stature in the ruling party to rival that of Sonthaya.

In the 2019 general election, Suchart’s faction won three MP seats in Chon Buri while Sonthaya’s faction failed to win any of the three seats they contested — although Sonthaya’s brother Wittaya was elected last year for another term as chief executive of Chon Buri’s Provincial Administrative Organisation.

The political dynasty founded by Kamnan Poh is now a shadow of its former self, Yuthaporn said. This became apparent at the 2019 election when three Khunpluem-backed MP candidates were defeated by rivals from the debutant Future Forward Party.

“The Khunpluem dynasty has lost its magic since then,” Yuthaporn said.

Changes in the politics of Chon Buri, which is only 80 kilometers from Bangkok, are also being driven by economic and social factors, he added.

Ever since the Eastern Seaboard economic development zone launched 40 years ago, the economy of the seaside town nearest to the capital has been tied to the national economy, large industries, and Bangkok.

Local residents have become more urbanized and, as a result, they feel local politicians have less influence or significance in their lives, said Yuthaporn.

“If the Khunpluems do lose the Pattaya election, it will be interesting to see how they fare at the general election [in Chon Buri],” said the analyst.

Meanwhile, Stithorn Thananithichot, director of the Innovation for Democracy Office at King Prajadhipok’s Institute, says powerful local families have failed to adjust to the economic and technological changes impacting politics.

“Voters’ political viewpoints have moved on from the past,” said the analyst.

Nowadays, he said, government policies can directly target residents or voters, especially in special economic zones. So, voters tend to be grateful to the government coalition or ruling parties rather than local political families.

Meanwhile, due to the complex nature of the economy and the large migrant workforce, a single family can no longer dominate local elections in any province, the analyst says.

The days of one family dominating local politics seem to be over, as several rival families are now vying to build their support base.

After the 2014 military coup led by General Prayut Chan-o-cha, elected Pattaya mayor Itthiphol Khunpluem was replaced by the junta’s appointee after completing his term in June 2016. Chief executives of many local administrations were allowed to remain in office while new elections were suspended.

However, the junta in 2018 appointed Itthiphol’s big brother, Sonthaya, as the resort city’s mayor, a post he has held to this day.

Both brothers joined Palang Pracharath before the 2019 national vote, after which Itthiphol became culture minister despite losing the election in his home province of Chon Buri.

The Khunpluem clan will unveil their mayoral candidate on March 25 under the “We Love Pattaya” banner, but they face competition from at least two other groups.

With incumbent mayor Sonthaya having apparently set his sights on national politics, his group is expected to field Poramet Ngampichet, who resigned as vice-minister for culture on Wednesday.

The Progressive Movement, led by former prime ministerial candidate Thanathorn Juangroongruangkit, on Monday unveiled Pattaya native and photographer/businessman Kittisak Nilvattanachai as its mayoral candidate, with the campaign theme “Reclaiming Pattaya for everyone”.

The third group to announce its election bid is Pattaya Ruam Jai, led by former mayor Nirun Wattanasartsaton. Nirun, who served as Pattaya mayor from 2004 to 2008, has severed his affiliation with the Khunpluem dynasty.

Located in Chon Buri’s Bang Lamung district, Pattaya occupies an area of around 54 square kilometers and has a population of about 117,000.

Pattaya City is a special administrative zone — one of two in Thailand, the other being the Bangkok Metropolitan Administration. The seaside city, which is often referred to as Thailand’s “sin city”, is allocated an annual budget of 2 billion baht.

In the upcoming city elections, Pattaya voters will elect the mayor and 24 council members.

These will be the city’s first local elections since June 2012, almost 10 years ago.

The mayor, whose monthly salary amounts to 75,530 baht, is empowered to run Pattaya’s administration by issuing directives, making personnel appointments, and granting permissions. However, the mayor is required to follow instructions from the Cabinet, the prime minister, relevant government ministers, and provincial governors.

A budget of 5 million baht has been set aside to conduct the city’s upcoming elections, according to the official.

He expected campaigning to focus on Pattaya’s economic problems stemming from the COVID-19 pandemic that has severely impacted local residents, business operators, and small entrepreneurs.

The seaside resort city generated 100 billion baht in revenue per year, mainly from tourism, before the pandemic hit in early 2020 and left Pattaya looking like a “ghost town”, in the words of many recent visitors. 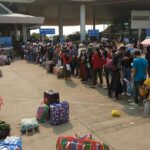 Drug and assets seized in raids on 20 properties