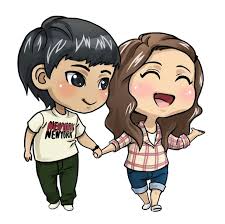 From recycling men to culture clashes with local boyfriends to guys that forgot to mention their wives and kids, navigating love for foreign women in this city can be a beast. Not only are these women attempting a graceful dive into an undersized dating pool, they also have to dodge aggressive local ladies bearing gifts, foreigners with shady pasts, and local men that see them as trophies.

Bangkokians rely heavily on the old stereotype that the city is a dating paradise for foreign men while foreign women are left single and desperate. While times are changing and some things are shifting, some also remain the same.

Here is what we heard from foreign women about why dating in Bangkok is total balls:

Before they get here, most foreign women assume living in Bangkok will be glamorous, exotic and full of romance. Well, two out of three ain’t bad. What no one tells them before they touch down at Suvarnabhumi is that many Thai guys aren’t into non-Asian women and that most foreign guys accepted that English teacher position in order to get into more compromising positions with Thai women.

Cara*, 30, is Swiss and the youngest director her company has ever had. She called the dating game in Thailand a simple matter of “supply and demand.”

“Say you’ve got 10 million men in Bangkok, maybe two milion are single and in the right age range, and maybe half of those are half-decent,” she explained.

That leaves a small pool made even tinier by the fact that “Bangkok gets a lot of transient losers and douchebags,” she said of the city’s myriad untrained teachers, bartenders, and long-stay backpackers. You don’t see as many undateables in nearby expat hubs like Hong Kong or Singapore because it’s just too expensive to be there.

Eiko, 29, from Japan, has been in Thailand for six years and admits that her dating experiences haven’t been great. “The majority of foreign men in Thailand are losers. You have to be really lucky to meet a man you really can love.”

Jenna, 26, from the UK, said that, due to a limited expat community and apps like Tinder, there may be a fair amount of guy recycling in a friend group. She admitted to screenshotting guys she was interested in from apps and sharing the picture with her friends with captions such as, “Is this anybody’s?” to see if anyone has experience with the guy. As often as not, someone does.

Cara agreed. “If you date farangs that like farang women, it can be small circles.” She dated a few rugby players and quickly realized they all know each other and hang out at the same bar, The Australian pub. “There were times when I went there with one and ran into another I’d gone out with before and they were friends. It’s awkward.”

Thai guys hooking up with farang women are less rare than you might think but these unions come with their own issues. From what we heard from our interviewees, it can be hard getting a Thai guy to treat a foreign woman well or respect her. They may make assumptions that foreign girls are easy, transient, can’t understand a word of Thai, and generally don’t need to be treated as well as a Thai girl.

Kate, 28, is a teacher from the UK with a penchant for Thai guys — and the scars to prove it.

She ended up accidentally dating two married Thai guys who studiously lied to her about their relationship status. One started different social media accounts just for photos of their relationship and threatened to kill himself when she broke it off.

These things happen all over the world, but Kate said of her own experience: “All the Thai guys think it’s perfectly acceptable to have a wife and still date a side partner.”

Of one relationship, she said: “Kong and I hit it off straight away, dated for six months, and then I found out he had a wife and child. I heard him spell his full name to my friend and I Facebook searched him. I found it straight away. He’d made a different Instagram and Facebook for me, had a different phone number.

“I called him out and said were done. He called me at work next day, telling me he’s killing himself, taken loads of pills, crashed his car.”

Kate said that her Thai partners have told her they like Western women because they’re more challenging and opinionated. “But a lot of the time they don’t seem to actually care what you’re passionate about. My ex used to say ‘Maybe you should just care less’ when I would talk about politics.”

Eiko came here with a Thai man she fell for while they were both students in Australia. But, she said, he changed once they were on his home turf. “Dating a Thai man overseas wasn’t a problem because he was pretty Westernized, but it became a problem when I moved to Thailand. Being independent and having a proper job wasn’t positive anymore. All he wanted was that I become a dumb woman who relied on him and looked beautiful every day. I told him he should date a Thai woman but he wasn’t ready to give up on me. He saw my nationality as a sort of status.”

Kate too noted that she often felt like a trophy with her Thai partners.

Cara dates often but hasn’t found anyone she’s crazy about in six years of living in Thailand. One of the side effects of the limited dating pool is that she’s dated people she never would have considered elsewhere. She’s dated guys she wasn’t attracted to, had little in common with, were of different religions, and had completely different senses of humor.

She dated a Thai man for a year but couldn’t shake her natural physical inclinations toward tall, strong, large white men. She said that her Thai boyfriend felt too physically boyish. She also mentioned that, despite logically knowing that it’s culturally normal for guys from good families remain at home until they marry, she could not shake the Western feeling that any 40-year-old man who still lives with his parents is a loser.

She’s planning to leave Thailand this year for many reasons, but had to admit that one of them was the hope of better dating options.

She closed this train of thought by saying, “You end up dating a lot here because you lower your standards.”

Men that lie about their past — or their present — can also be an issue. Bangkok seems to be a haven for foreigners of both sexes escaping problems in their home countries and Thais that believe they can hide many things from foreigners.

“People aren’t steady here. You have to be careful and protect yourself. Once someone lies or isn’t who they say they are, it’s hard not to transfer that feeling and always doubt everyone you meet,” Cara explained.

She also thinks that Thai girls don’t often question their partners, making them an easier choice for foreign men with inconsistent stories about their past.

Kelly, 25, is half-Thai and grew up in the States. She said: “It’s hard to know about people here. It’s easy for them to hide things. Do they really have the job they say they do? Are they married? Do they have kids? People come here to escape stuff.”

She also mentioned how quickly people come and go from the city, which creates another barrier to meaningful bonds of all kinds. “No matter how long you’re here, it feels semi-permanent. We rent short-term furnished condos, get job offers elsewhere. Any of us could be gone tomorrow or plan to go back to our hometowns; you’re just less likely to start a serious relationship here.”

When my own partner reveals to acquaintances that he moved to Bangkok to be with a foreign woman, he’s had colleagues say “Aww, I’m sorry” and advise him to date a Thai instead. There is a lot of bro-dom and back-slapping around the sport of pursuing Thai women, a sort of “You gotta try it!” mentality that suggests that, if you’re living here, you really should sleep with Thai women whether you feel like it or not — kinda like hitting up the dessert table at an all-you-can-eat buffet — you’d be crazy not to at least sample a few things.

Cara also reported that Thai women who aggressively pursue farang men can present another challenge. “Some Thai women make much more effort than a foreign woman would. They Facebook request and message men they don’t know. They buy them flowers, chocolates and even pricey presents. They bring them Thai snacks and giggle ‘You must try this!’”

She mentioned that foreign women don’t often perform this over-the-top style of chasing men, it would be considered undignified or embarrassing.

For many long-term expat women living in Thailand, feeling attractive may only happen when they leave the country

Said Cara: “As soon as I leave the country, I get so much attention. In Europe, Australia, the Middle East. It’s unbelievable.”

Melody, 30, visited her home city in the US over the holidays. Her first Facebook status when she arrived read, “I forgot what it felt like to be hit on. I’m currently in JFK, standing at the exit, waiting for my parents and already four dudes have stopped by to say hello. I’ve missed you, New York.”

Kelly was in Taipei a few weeks ago and was shocked at the amount of attention she got. “In a bar, guys were looking at me. You get used to feeling unattractive or invisible in Thailand. Dating in Bangkok, I’ve learned to rely on my personality hard.”

Kelly finds that white guys here are on such pedestals that she avoids them. However, “I just find that East Asian and Southeast Asian guys are not a cultural fit with me.”

Even if she weren’t turned off by how they act and how they are treated by Thais, the chances of getting into a relationship with a white dude here might be slim.

Foreign men, even if they are new in town, may arrive with dreams of dating a Thai girl. When asked what she means by that, aside from looks, Kelly said, “Someone quiet, nurturing, and weirdly matronly — like they will take care of him — and not voice an opinion or call him out on his shit.”

“Sometimes, the longer guys have been here, the more brazen they get — especially if they’ve dated Thais before.” When she recently went to a guy’s house and saw piles of dirty clothes in this room, he said to her, “Oh yeah, I guess someone like you won’t do my laundry for me,” implying that a Thai girl would clean up after him.

Maybe not, but whipping up a nice dinner of Tide pods for this dude might be pretty tempting.

While finding love is challenging anywhere, it’s harder for foreign women in Bangkok than in some other international cities. However, that difficulty is balanced out by the other bounties the country offers — career opportunities, friendship, nightlife, travel, and more around every corner. Question is: Is that enough? 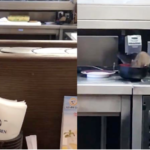 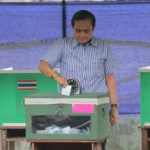 Does anyone believe the promise of elections?