Home » Stowaway lands right next to man sunbathing in his garden 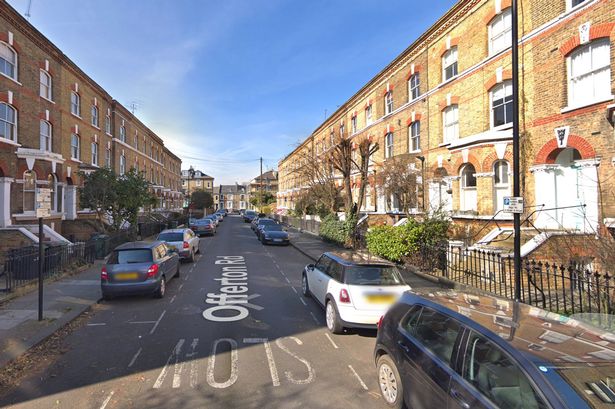 The body of a suspected stowaway fell from a plane shortly before it landed at Heathrow Airport.
The man’s body fell into a garden in Clapham, south London at 3.41pm on Sunday, according to a statement from airline operator Kenya Airways.

It is thought the man had been hiding in the undercarriage of the aircraft before his fall.

The body narrowly missed a sunbather.

The stunned owner of the garden called police who linked the discovery with a Kenya Airways flight from Nairobi to Heathrow.

A witness said the body fell less than two metres from a lodger living at the property who was in the garden at the time, leaving him in shock.

The man, who was wearing a blue shirt and denim jeans, landed face down on the lawn.

The woman, who did not wish to be named, said: “It was horrific. We heard a loud bang. I thought it was from the building work we are having done.

“My husband went to look and saw the body lying in the middle of the lawn.

“The man had fallen right next to one of the lodgers who was in the garden at the time.

A next-door neighbour said: “I heard a ‘whomp’ – I went upstairs to look out of a window. At first I thought it was a tramp asleep in the garden.

“He had all of his clothes on and everything. I had a closer look and saw there was blood all over the walls of the garden.

“His head was not in a good way. I realised immediately that he had fallen. 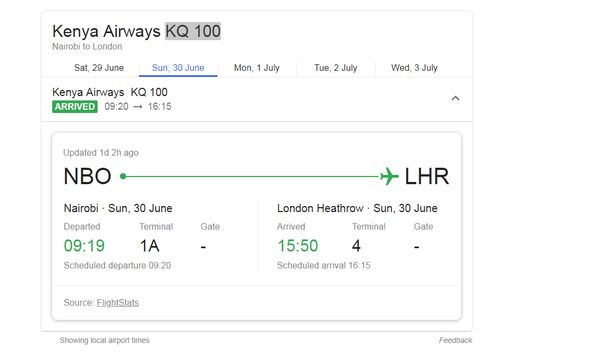 “So I went outside and it was just then the neighbour came out and he was very shaken.

“He had been sunbathing and he landed one metre away from him.”

The airline called the death ‘unfortunate’ and said it was cooperating with British and Kenyan authorities.

On inspecting the aircraft police found a bag containing food and clothing at the rear left landing gear.

The body – which is yet to be identified – came crashing to earth close to Clapham Manor Primary School.

The incident is being treated as sudden death, according to Kenya Airways.

A statement from Scotland Yard said: “A post-mortem examination will be carried out in due course.

“Police are working to establish the man’s identity.

“A crime scene was put in place but has since been closed.

“The death is not being treated as suspicious.

“Enquiries are underway to establish the full circumstances.

“At this point, police believe the man was a stowaway and had fallen from the landing gear of an inbound Kenya Airways flight to Heathrow Airport.”

The 4,250-mile trip from Nairobi to Heathrow takes approximately eight hours and 50 minutes.

Stowaways have in the past fallen to the streets of London as planes lowered their landing gear.

In September 2012, a 30-year old from Mozambique, Jose Matada, died after falling from the undercarriage of a Heathrow-bound flight from Angola.