The Very Company announced that Noel Gallagher and his High Flying Birds will perform in an outdoor concert at Live Park on Nov. 30, after his younger brother and former Oasis frontman Liam Gallagher came to rock the capital last year. Tickets start at 3,600 baht and will be available online from Sept. 22.

The gig will be the first time the High Flying Birds take flight to Bangkok, while Oasis visited the capital nearly two decades ago in 2001.

Noel Gallagher served as the lead guitarist and songwriter for Oasis alongside his younger brother Liam Gallagher, Paul Arthurs, Paul McGuigan and Tony McCarroll, until the band’s dissolution in 2009.

He then formed his own band, the High Flying Birds, with former Oasis guitarist Gem Archer, pianist Mike Rowe, drummer Chris Sharrock, and The Zutons bassist Russell Pritchard. They debuted their first single, “The Death of You and Me,” in 2011 before releasing a full self-titled album later in the year, which included hits like “If I Had a Gun…,” “AKA… What a Life!,” and “Dream On.” 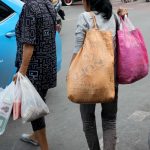 Stores try to cut down on plastic bags, but shoppers remain stubborn 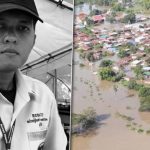