Muslim minorities from Myanmar who move to Thailand for work are facing severe problems because they must identify their nationality to register as migrants, says a report launched by the NGO-based Burma Human Rights Network (BHRN).
With the annual registration deadline looming at the end of this month, the stateless condition of the migrants is threatening their futures in Thailand.
Among the most vulnerable are the Rohingya, who have been denied citizenship since 1982. Accounting for around 30 per cent of all Myanmar Muslims, they are among largest Muslim communities in the country and yet have faced the most severe persecution and discrimination from state authorities.
Launched yesterday, the report “Existence Denied” reveals Myanmar Muslims’ difficulty in obtaining the Certificate of Identity that is required by Thai migrant labour law. Crossing the border without it can result in heavy fines, deportation and a two-year ban on re-applying for a work permit.
“[We consider] the Thai government to be helpful toward Myanmar minorities. Yet, although we have a system in Thailand, the root cause is in Myanmar,” said BHRN executive director Kyaw Win. “The human rights issue [citizenship] is a key problem in Southeast Asia from the viewpoint of migrant workers.
Kyaw Win urged the international community not to support a government that “creates discrimination and a situation that threatens minorities”.
“The military’s propaganda and ultranationalism is very strong in Myanmar. Violating [the law] has become a solution for discriminatory authorities, extremists and hardliners,” he added.
BHRN also demands fundamental structural changes in Myanmar while urging Thai authorities to partner with rights groups in creating a system of documentation that would allow migrant workers to “live and work with dignity” in Thailand.
Focusing on 36 people in Tak’s Mae Sot district and four Myanmar Muslim communities, the report found that nearly 80 per cent of interviewed Muslims had never been issued citizenship documents in their home country. Many were from the second generation of their families to suffer statelessness.
Meanwhile Kureeyor Manuchaw, project coordinator for the Migrant Working Group, urged the Thai government to adopt a specific policy for workers who cannot return to their countries for reasons of safety.
Some 700,000 Rohingya have fled a military crackdown in their home state of Rakhine since August last year, in what the UN and others have branded ethnic cleansing.
“Forcing [the Muslims] to return to Myanmar may not be a good option because of safety concerns,” Kureeyor said.
Myanmar “rejecting [their] nationality is a challenge as identification is required by the Thai government”. 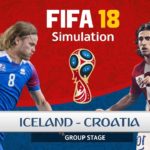