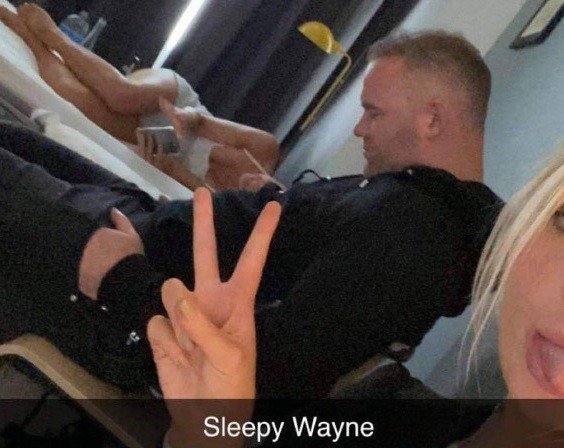 WAYNE Rooney can be seen asleep in a hotel room as semi-naked party girls dance around him, in fresh snaps released after cops dropped a blackmail investigation.

The ex-Utd star, 35, is seen slumped fully clothed on a chair while surrounded by the girls following a boozy night out in Manchester.

Trainee accountant Elise Melvin, 21, can be seen posing next to the England legend after he fell asleep inside the budget hotel room on Sunday morning.

Pals Brooke Morgan and model Tayler Ryan, both 21, also took pictures with the footballer after they all boozed together at a nightclub in the city centre.

The trio of girls remain in hiding today after Cheshire Police last night confirmed no offences had been committed – and dropped the probe.

Meanwhile Rooney’s future as £4.5m Derby County boss is in doubt after the club was left furious over the pics.

Rooney had earlier claimed he was the victim of a “set up” and made an official report to police after insisting he did nothing wrong.

Cheshire Police earlier confirmed they were reviewing a blackmail complaint. It is not believed the claim related to the girls Rooney is pictured with.

But the force last night revealed it had dropped the blackmail allegation in a dramatic U-turn – and said no further police action would be taken.

“Officers have spoken to the person involved and are satisfied that no offences have taken place.

“The person involved has also stated that they do not wish to take the matter any further.”

The statement came after initial reports sparked confusion by suggesting officers were not looking into the claims at all.

This was because it was originally believed Greater Manchester Police would be in charge of any possible investigation given the location.

Rooney’s team confirmed he was interviewed in person by cops for around an hour and handed a crime number.

They added: “Wayne Rooney informed the club that the pictures had emerged and that they had been taken without his knowledge or approval.

“After taking counsel the matter was reported to [police].

“While that remains the case, there will be no further comment.”

The women in the photos with Rooney are Snapchat model Tayler Ryan and her pals Elise Melvin and Brooke Morgan, all 21.

In one picture captioned ‘Mooney Rooney’, a woman in a g-string is seen displaying her bum to the camera.

Another image, entitled ‘Sleepy Wayne’, shows a woman making a peace sign next to the ex-England captain.

A scantily dressed woman is laying on a bed close to ex-Manchester United legend Rooney, who is fast asleep in a chair his clothes.

And another snap appears to show the football boss talking to a blonde woman in a nightclub.

The photos, taken in the city’s £60-a-night Staycity hotel, were leaked and went viral.

Elise’s husband-to-be, Stuart Rodger, 26, was so upset he has now called off their engagement, according to friends of the couple.

Rooney’s night on the lash came after Derby’s 2-1 defeat to League Two outfit Salford City in a pre-season friendly on Saturday.

He returned to Derby’s training ground yesterday morning as the pictures were circulated on the web.

His wife Coleen, 35, was snapped on a beach in Abersoch, North Wales, where she is enjoying a holiday with their four sons.

A friend told The Sun: “The girls were out celebrating a pal’s birthday.

“They love Chinawhite and are always there but couldn’t believe their luck when they were invited over — they were stunned.

“They spent a couple of hours with him and his pals there before they moved on.”

‘COLEEN WILL HAVE QUESTIONS’

The friend said Rooney was “complimentary”, but nothing physical happened.

“There was no sexual contact — it was just a great night,” they said.

“Wayne was very complimentary of them, of how they looked, but nothing happened.”

The ex-England captain is understood to have been accompanied by two friends as he went to the girls’ hotel room.

He then made a swift exit from the Staycity complex after he eventually woke up.

Rooney, dad to Kai, 11, Klay, eight, Kit, five, and Cass, three, has been in the dog house with Coleen for a series of drunken scandals.

In 2017, he was driving Laura Simpson home when he was nicked for drink-driving at 2am after a ten-hour booze session.

Two years later, the then-DC United player was arrested for being drunk in public when he set off a security door alarm at a US airport after a booze and sleeping pill mix left him “disoriented”. 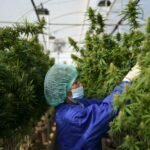 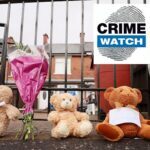 Two-month-old baby ‘stabbed to death’ and toddler fighting for life as woman, 29, arrested