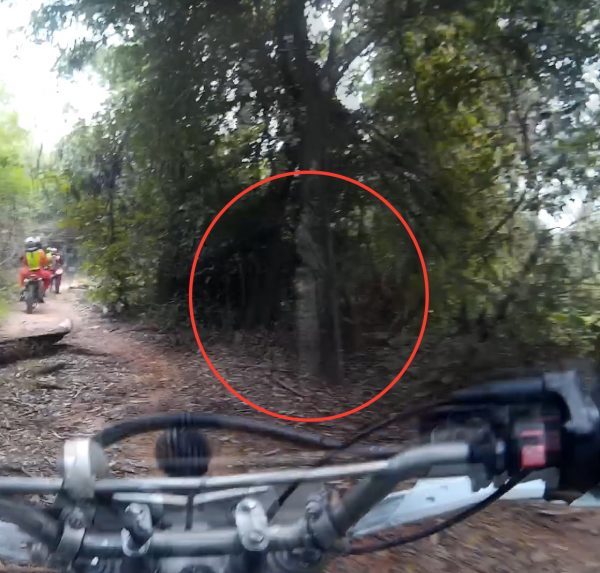 This is the spooky moment the ghost of a Thai woman was apparently caught on camera.

Jaded Mungnon, 45, was with several pals riding off road along a dirt track while he recorded the footage on his helmet camera.

The cross-country motorbike riders reached end of the pathway and watched back the footage – before noticing the white figure floating briefly next to a tree.

They returned to the scene to check but saw nothing – and when Jade returned home and slowed down the clip it shows a female Thai woman wearing a traditional silk sarong with her hair pinned up in a bun.

Her dark eyes, face, arm and shapely figure are visible as she turns over her right shoulder to look at the man filming her before disappearing a split second later.

The eerie footage terrified the hardened group of motorcyclists who are convinced it’s a spirit on the tracks in at the Khao Mai Kaew park in Chonburi province.

Jade, who lives in Yangoon, Myanmar, but was visiting friends in the neighbouring country, said: ‘’I was riding my motorbike and a friend was in front doing the navigation. I record everything on my helmet camera.

‘’At first I didn’t notice anything. But when we all watched back the footage there was a sudden white shape on the screen.

‘’I opened the footage on my computer and when it is slowed down it shows a woman. People think that it is a spirit haunting the path. She is looking directly at the camera.

‘’We were shocked. It is very spooky. I have never recorded a ghost on camera before but this is very clear.’’

The clothes that appear to be worn by the ghost are a traditional Thai silk style that dates back hundreds of years. 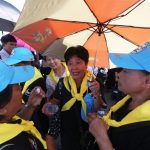 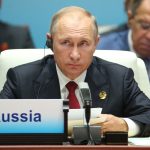