Southampton Are Safe For Another Season But As Usual Try To Throw The Game Away Late On! Match Highlights. Player Ratings. Comments. Stats, And Behind The Scenes Extra.

With the score at 3-3, and both teams seemingly happy with a point, Southampton hit the self-destruct button again in an effort to hand all three points to Bournemouth. Southampton defender Jack Stevens carelessly gave the ball away and David Brookes put Callum Wilson clear for his hat-trick. As he pulled the trigger all Southampton fans must have been thinking, oh no. Not again!

Two minutes before this, in the 86th minute, Southampton substitute Stuart Armstrong had set the late give away tone when he gave the ball away and Ryan Fraser, second in the Premier League assists parade with 12 before this game, made it 13 as he slid the ball across Southampton’s six-yard box from the left. Stevens missed it and Ryan Bertrand, in a similar fashion to he had at Newcastle, let a forward get in front of him to score. Wilson muscled him out of the way this time.

27 Points Give Away Specialists!

Southampton are the Premier League’s ‘Give Away Specialists’ with 27 points handed over to the opposition from winning positions. This game is another example with Wilson’s 86 minute equaliser. That chance, two minutes later, Angus Gunn saved. So they gave away two points instead of three and exactly the same thing happened a few days before at Watford.

Southampton’s boss Ralph Hassenhuttl has lead his team to safety and can now start planning for next season. He will know that he has problems in defence and he’s shown he’s not afraid to make big calls. Almost immediately he ditched Portuguese right-back Cédric Soares, a European Championship winner, who’d been a regular for four years. He’d also become a major liability. Wesley Hoedt, a £15 million signing from Lazio in August, soon found himself surplus to requirements and left to join Celta Vigo on loan where he was sent off in his first game. He’s made one appearance since then.

Southampton still haven’t recovered from the loss of Virgil van Dijk back in January 2018 when he used ‘Player Power’ to force a move. There is no doubt that van Dijk has proved himself to be one of the best defenders in world football and he’s just won the PFA Player of the Season. But Southampton now needs to sort themselves out.

In Angus Gunn, they have a goalkeeper who can be their number one for the next ten years and right-wing back Yan Valery looks an exciting prospect. Jannik Vestergaard might prove to be good enough. As for the rest, there are question marks and Hassenhuttl has to find the answers.

Shane Long got Southampton off to another flyer with his 4th goal in his last 191 minutes on the pitch. That’s a goal at around every 48 minutes which is a big improvement to one nearly every 48 games and it’s great to see the likeable Long receive some positive headlines. As this rate, Southampton might be receiving offers from their parent club! (Liverpool)

This time Long hit the target after 12 minutes. Nathan Redmond found him in the box and he side-footed home.

Bournemouth hit back eight minutes later from Dan Gosling who’s also enjoying a purple patch in front of goal as well. That’s two in three for him after not scoring for a year. Gosling scored with Bournemouth’s first attack after linking well with Joshua King.

Twelve minutes later Wilson scored his first after Gunn had done well to save from David Brooks.

James Ward-Prowse equalised after 55 minutes when he cut in from the left and planted his shot in the corner from just outside the box.

Matt Targett got in on the act after 67 minutes for his first senior goal for Southampton. Down the right, Valery skipped past Nathan Ake and sent in a cross to the far post. Target, on the left angle of the six-yard box, planted a firm header into the other corner.

Southampton were winning 3-2 but once again their game management let them down.

Man of the match: Callum Wilson 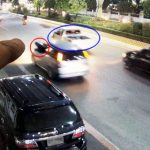 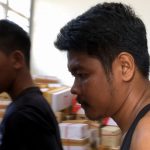