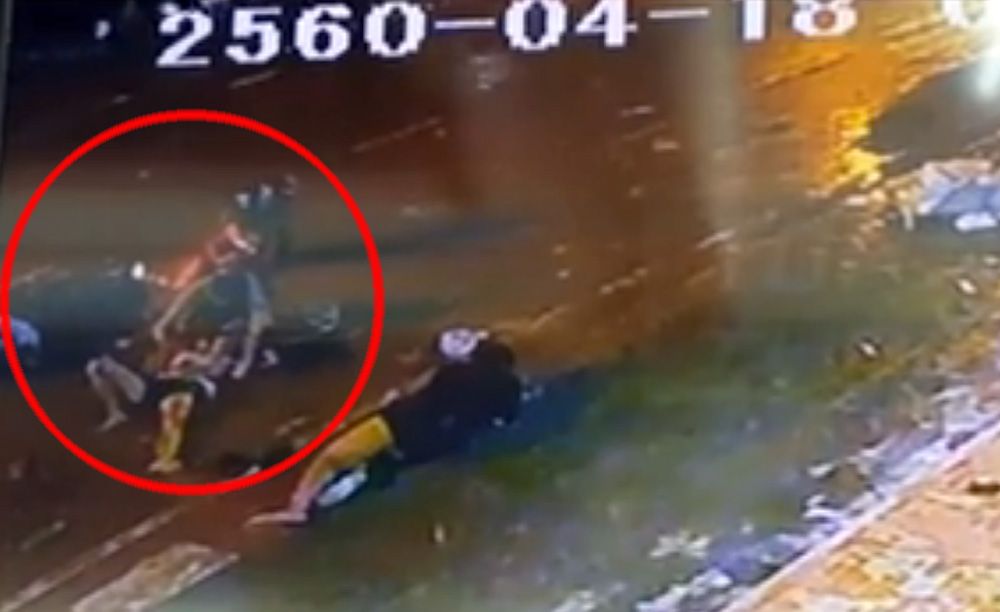 SOGGY SONGKRAN celebrations turned tragic in many parts of the country with fistfights breaking out between water-splashing revellers, some brawls ending up with the brandishing of weapons.

In many cases, the fun-filled festival mood was filled with fear when situations turned bloody.

At least one man was stabbed to death during an argument in Prachin Buri on Friday night.

The following day, another brawl in the water-playing zone of Chanthaburi saw a stray bullet hitting Sompong Nongnua, 20, in his left leg.

He said he had gone there just to have a good time but ended up getting injured.

At 1.30am on Tuesday, many people were still mingling about on the street in front of the Laemtong Bangsaen Shopping Centre in Chon Buri when some gunshots were heard.

When the firing died down, four people – two of them women – were found lying injured on the street.

CCTV footage showed these victims were not engaged in any hostile activity. Tanawat Kingmala, a 37-year-old motorcycle taxi driver, was shot in his left eye while working to support his family. The damage is so serious that the doctor would have to remove his eye.

His grieving wife said the family did not have the money to pay the medical bill and buy an artificial eye for the family’s breadwinner.

“Police will also be present at the major Songkran events next week in some parts of the country such as tomorrow and on Friday in Songkran’s Phra Pradaeng area,” he said.

This past week, many pictures of gun-wielding Songkran revellers went viral. In one, a man was seen coming to prostrate himself before another man holding a gun.

Fistfights were also common. Some people said they got beaten up simply because they refused to join the water wars.

Foam parties caused at least two deaths during the holiday week. One man was killed by an electric shock last Thursday while partying with his younger brother at an eatery in a foam zone in Bangkok.

In Udon Thani, a woman was electrocuted during a foam party on April 12. 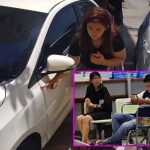 Road rage: An eye for an eye – but in this case an ear! 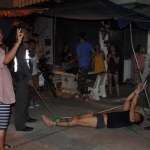