Smelly feet on public seats – Round 2

Photos of two anonymous foreigners who put their feet on a train’s headrests went viral in Thailand yesterday after it was shared in a Facebook group of locals in northern Lampang province.

An internet user, whose name was blurred out, shared the photos of the two backpackers on Facebook group “Lampang complaints” yesterday. She said that she encountered the travelers on a train from Lampang to Chiang Mai.

“This is too much. Our cultures may be different, but I think every country teaches people to have manners,” the user wrote.

“I’d only seen photos that other people took that denounce such bad manners, and then I was seeing it with my own eyes. Yikes,” she added.

Most netizens reacted angrily, while some suggested she should have notified officers on the train.

Although it was not confirmed where the tourists were from, the woman who posted the photos referred to them as Brits, whom Thais stereotypically regard as “nobles.”

“I didn’t sit next to them, but it was still terrible. Their action was very disrespectful. For some people, the word ‘nobles’ can’t apply to them.”

In Thai culture, feet are considered the lowest and dirtiest parts of the body.

This is not the first time that zero knowledge on local customs ended with a viral post on the internet. Last year, media around the world buzzed after a Thai man’s video about a backpacker that refused to move her smelly feet from his headrest. 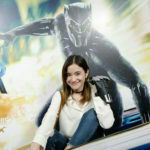 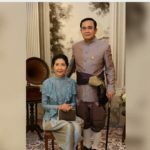