Home » Small hotels are yet to benefit from tourism recovery

Although tourists are returning in increasing numbers, compared to other provinces, many of the smaller hotels on the resort island are yet to benefit from the recovery in the tourism sector.

One of the biggest challenges facing these hotels is a shortage of funds to renovate or repair their premises, which were left unoccupied for most of the past three years during the COVID-19 pandemic, and banks remain reluctant to approve new borrowing until they repay their old loans.

Pimpisaporn Techauppathamkul, vice president of the Phuket Boutique Accommodation Consortium, told Thai PBS that about half of the 400 small hotel members of the consortium folded and their properties were seized by their creditors,while some other hotels are fighting their cases in court.

She noted that small hotels have received little help from the state, because many operate without a license, due to the restrictions in the environment law, which make it difficult to get a license.

She said that the association has often petitioned the authorities to ease some of the restrictions, but to no avail.

Pimpisaporn also pointed out that there are idiosyncrasies among the various nationalities of foreign tourists. For instance, she said that tourists from some European countries will avoid those from Russia, because they oppose the war in Ukraine, and the Russian tourists themselves have problems with their currency.

Tourists from Russia, India, Malaysia, Singapore and some European and Middle Eastern countries are now replacing Chinese tourists, who are yet to return Phuket in the numbers seen before the pandemic, due to the Chinese government’s strict controls on travel, according to Dr. Kosol Taenguthai, a former mayor of Phuket.

He pointed out that, after the designation of COVID-19 as a “disease under watch”, Phuket was hit with several rounds of flooding, especially in the Patong area.

He complained that virtually nothing was done to improve the infrastructure in Phuket during the pandemic, such as the Patong tunnel which, when completed, will help reduce travel times to and in the Patong area.

In 2016, the project’s cost was estimated at about 7 billion baht, but this has ballooned to almost 20 billion, due to asharp increase in the prices of construction materials. The project still remains unfinished.

Other projects, such as the Wellness Centre for elderly people and the Expo Special 2028, are yet to get off the ground, said Dr. Kosol. 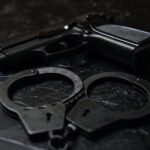 Husband shots wife then takes his own life 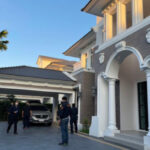