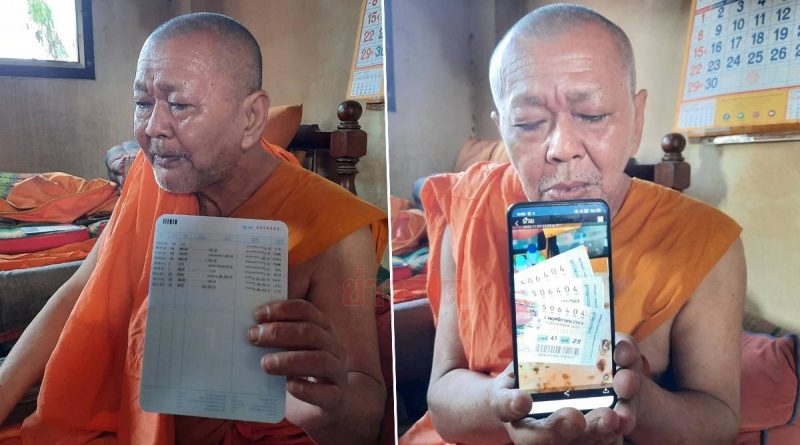 The Khaosod News Team visited Monk Montri Samajjo 67-year-old known as Monk Piak from the Wat Thinnakorn Nimit in Nonthaburi Province on 3 November 2020. Monk Piak won 3 lottery tickets in the latest draw on the 1st of this month. Monk Piak stated he has been a monk at the temple for 7 years. Before buying the lottery tickets he had a strange dream, where he was touching an old coffin. Monk Piak didn’t think much of the dream when he woke up.

On 31 October 2020 Monk Piak was taking a walk in the temple when a lottery seller approached him. The seller asked the monk to help buy tickets, Monk Piak felt sorry for the seller but he had no money. Monk Piak borrowed 2,000 THB from another monk in the same temple. He purchased tickets with two-digit suffix numbers of 04, 40, 47, 74, and 44. Each number came in a set of 3 tickets, coming to a total of 1,500 THB.

Then when the winning lottery numbers were announced on the 1st he decided to check if he happened to win any prizes, winning the first prize was not on his mind. Monk Piak noticed a set of the tickets all had 04. Then as he looked closer the Monk realized all numbers matched the winning prize 506404. Monk Piak revealed he went to cash in the tickets right away. The monk has 3 children, he gave them 1 Million THB each. A part of the winnings has been given to the temple and people in need. The remaining will be saved to help others in the future. 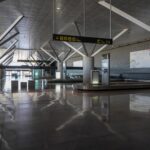 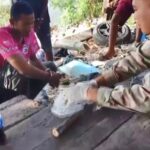