Sanook reported that seven Thai women had been caught at Fukuoka airport in Japan trying to smuggle drugs.

Drug enforcement personnel and customs found more than a kilo of drugs that the women had shared between them and hidden in bags in their panties and other parts of their bodies.

They had bought their tickets from a guide and appeared to be traveling on a group tour.

They based their story on a Facebook post by Jaisuksakuldee Thanakorn who said that translators and a lawyer were helping the women who were due to appear in court.

It happened around the end of last month. It remains to be seen what sentence they receive. What drug it had not been revealed.

Also this month Sanook noted that a Thai woman had been stopped trying to enter Japan with cocaine.

The media said that incidents like these may well have a detrimental effect on Thais traveling to Japan. 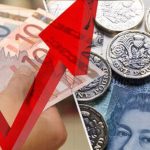 Mark KellyMarch 30, 2020
The Phuket Governor has issued an order to close all the beaches in Phuket in...
END_OF_DOCUMENT_TOKEN_TO_BE_REPLACED