Private firms running Bangkok buses under concessions from the Bangkok Mass Transit Authority are asking for permission to increase fares to cover the rising prices of oil and NGV gas.

Phattarawadee Klomcharoon, chairwoman of the association of BMTA bus concessionaires, said the association has sent a letter to Transport Minister Arkhom Termpittayapaisith, seeking the fare increase.

She said operators of non-air-conditioned buses want to increase the flat rate fare from Bt9 to Bt13.

The association chairwoman said there about 4,000 concession buses in Bangkok whose operators have been shouldering the rising cost of oil prices and gas as the Transport Ministry has not approved any fare increase for four years.

She said the ministry should allow the buses to adjust fares based on the current oil and gas prices as they have for shuttle passenger boat operations. 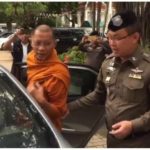