Home » Schedule for Royal Cremation of HM the late King 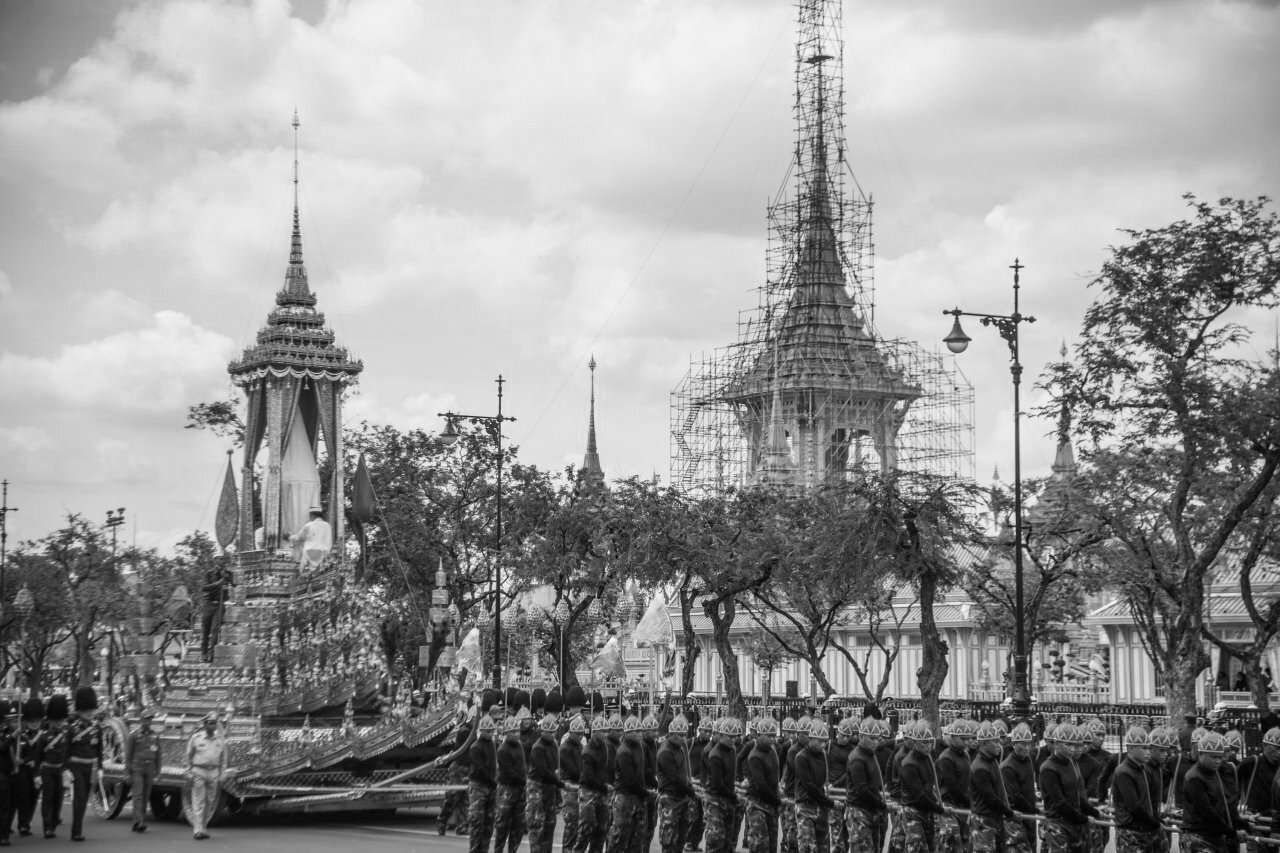 The Royal Cremation for His Majesty the late King Bhumibol Adulyadej is scheduled for October 25-29 as follows:

5.30pm: A royal merit-making ceremony is held at Dusit Maha Prasat Throne Hall in the Grand Palace, in preparation for moving the Royal Urn to the Royal Crematorium at the Sanam Luang ceremonial ground.

7:00 am: The Royal Urn is moved from Dusit Maha Prasat Throne Hall to the Royal Crematorium.

6 pm – 6 am [of October 27]: Festivities to pay a final tribute and farewell to HM the late King and to signal the ending of the official mourning period include public performances, such as the khon masked drama, puppet shows, and orchestras at Sanam Luang.

5.30 pm: The Royal Ashes are transferred from Phra Sri Rattana Chedi in the Temple of the Emerald Buddha to be enshrined at two temples – Wat Rajabopidh and Wat Bovoranives.

People in Thailand and other parts of the world can view the Royal Cremation Ceremony through extensive coverage on television and online, broadcast live in both Thai and English. They may also listen to a live radio broadcast, as well. Live broadcast will also be relayed on The Nation’s website and Facebook page at https://www.facebook.com/NationNews/.

After the Royal Cremation Ceremony, an exhibition will be held for 30 days, from November 2 to 30 at Sanam Luang, where people will be able to view the Royal Crematorium and supplementary structures and learn more about arts and culture regarding this ancient ceremony. Source: Nation

Slim chance of survival for Elephant