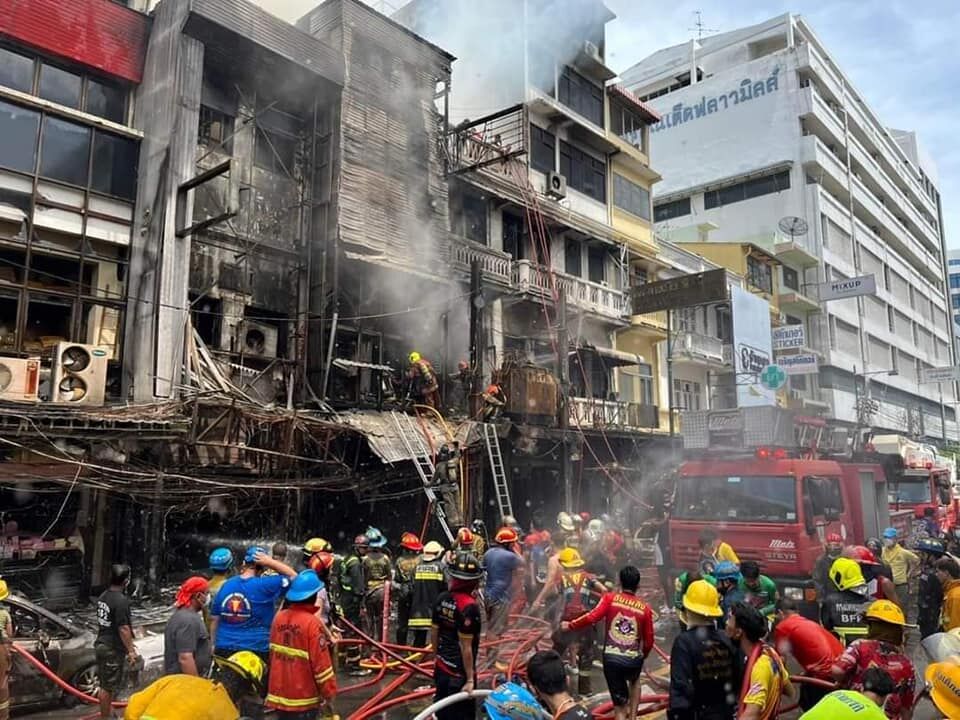 The cause of a huge fire that caused at least 30 million baht damage in Bangkok’s Sampheng area on Sunday was still not clear on Monday.

The fire killed two people, one of them a foreign worker, and injured 11. It raced through seven shophouses and three vehicles, according to Samphanthawong district.

Witnesses said on Sunday they saw smoke coming from a power transformer at the mouth of Soi Kikuya, and then a fire moved quickly through the adjacent shophouses, some of which sold cardboard boxes and paper.

However, Thanes Weerasiri, president of the Engineering Institute of Thailand (EIT), said after a preliminary inspection of the damaged zone that there was no substantive evidence pointing to the low-voltage transformer having started the blaze.

Mr Thanes did not rule out the possibility that electrical and communication cables near the transformer could have sparked the fire.

Metropolitan Electricity Authority (MEA) governor Wilas Chaloeysat said the MEA was working closely with forensic experts to determine the cause.

Engineers, the MEA, police and City Hall and Samphanthawong district officials made an initial damage assessment that put the cost of the damage in Sampheng at 30 million baht.

The MEA said on Sunday it would take responsibility if the blaze was caused by a transformer.

The EIT president said the structure of two shophouses was seriously damaged by the fire and they were in danger of collapsing. (continues below)

Engineers make an initial inspection inside one of the damaged shophouses in Sampheng. (Photo: Engineering Institute of Thailand Facebook account)

The Sampheng fire was the second major blaze in Bangkok in less than a week. A fire in the Bon Kai community destroyed 30 houses, but there were no injuries or deaths.

Bangkok Governor Chadchart Sittipunt said on Sunday the Bangkok Metropolitan Administration would  work with the MEA to improve the safety of transformers and all cables. City Hall planned to remove the tangle of unused cables from power poles on Bangkok roads. They were a fire hazard, he said. 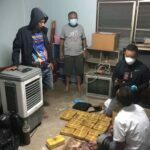 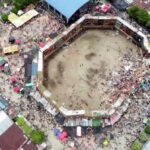