Former Ryder Cup player and five-time European Tour champion Barry Lane passed away on Sunday at the age of 62 after a brief illness, according to a statement from the DP World Tour.

Lane, who is fourth on the list of appearances on the Tour’s all-time list, made 693 starts on the European Tour, which is now known as the DP World Tour.

“His commitment to the game of golf is demonstrated by his degree of success on both the European Tour and the current Legends Tour. He was a well-liked character on both tours. I’m glad he had the chance to give the Rookie of the Year award on the Legends Tour in December because it is an appropriate tribute to him.

At Gleneagles, he won the Scottish Open in 1988 by three shots. Over ten years after he first won the competition, Lane’s last victory came at the 2004 British Masters.

Barry Lane was a gentlemanly individual. We will miss him. Tony Jacklin, a fellow British player and two-time major winner, tweeted, “RIP.

Mark Townsend sent his thanks on Twitter to the great player:

The American team overcame Team Europe at The Belfry in the 1993 Ryder Cup, when the Englishman also participated. 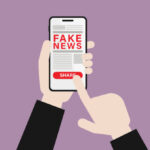